This third-generation model was launched in October 2000 and is also known as the Mondeo Mk III. This Mondeo was considerably larger than its predecessor, this gave it an overall effect which many critics felt was more restrained and mature, if much less distinctive.

The old car's biggest weaknesses, were addressed by a longer wheelbase and the new Duratorq diesel engine. The basic chassis and suspension design was carried over from the previous generation, which meant that the car continued its predecessor's reputation for class leading handling and ride. The floor assembly of the Mazda6 and the Jaguar X-Type is closely related to that of the Mondeo. 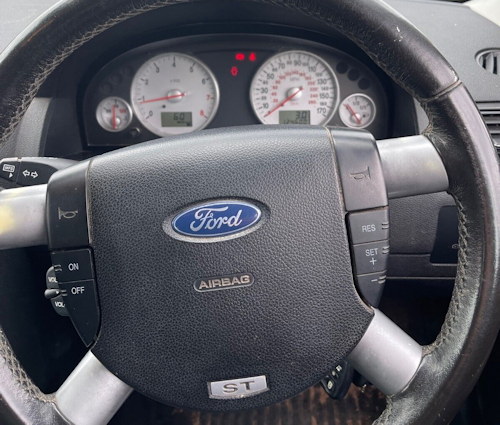 The top model was the sports variant ST220 with a 3.0-liter V6 engine that produced 166 kW available in the saloon, hatchback and also estate versions. A wide range of safety equipment was standard on the Mondeo, including front, head and side airbags as well as the Intelligent Protection System (IPS) with seat position sensors and active headrests. Air conditioning and disc brakes all round were also standard, and Ford gave a 12-year guarantee against rusting through. 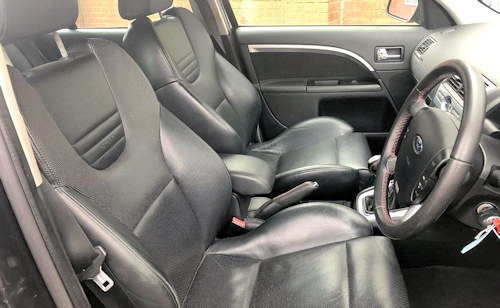 As with its predecessor, passive safety was a major selling point of the 2000 Mondeo. With an even stronger bodyshell, Ford introduced its so-called "Intelligent Protection System" (IPS), which used an "intelligent" array of sensors based on a neural network to decide the best combination of safety devices (traditional front passenger airbags, side airbags and curtain airbags) to deploy for a given crash situation. To enhance active safety, all models were fitted with anti-lock brakes and electronic brake-force distribution, with electronic stability program (ESP). However, EURO NCAP testing achieving a lower-end 4-star rating.

For the Mk III, the Zetec engine was dropped, and Duratec engines were introduced. The 3.0 L version was developed for the ST220 engine identification as MEBA Duratec V6 (V6 petrol engine). A six-speed manual transmission was also added to the Mk III range, instead of just having a five-speed manual as seen in the Mk II.

A first extensive facelift was carried out in June 2003. More than 1500 parts were changed outside, inside and in the engine. The radiator grille and the lower window line got chrome frames, the fog lights became trapezoidal and the side turn signals became white. Taillights and exterior mirrors have also been redesigned. In the interior, higher-quality materials were used and the dashboard was revised, plus there was improved noise and driving comfort. There were other minor changes in September 2005 to the front and rear, with slightly modified taillights, clear-glass side markers and reflectors near the bottom edge of the bumpers.  In Mexico, the model was similar to the European version to replace the Ford Contour. With 100 units of the ST220 sold as a limited edition, it was sold only with the 3.0 V6 for the ST220. 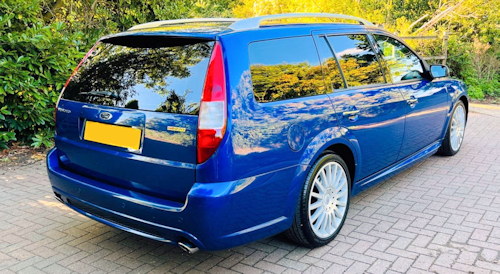