The Mark I Consul and Zephyr it replaced were first presented at Earls Court during the Motor Show in London of 1950 .
And From April 1956 the Consul, Zephyr and Zodiac Mark II models were marketed, and these three models were known as the "three graces"

The Mk II model (internal type designation 206E ) and underwent a major restyling Zephyr and Zodiac now got a new look together with the Consul II. Now the range consited of The 4-door saloon a 5-door estate (conversion) and the 2-door convertible These three cars sold well and were on the market until 1962 the Mark II Zephyr and the Zodiac shared the same car body the Consul had shorter bumpers and a lower grille, 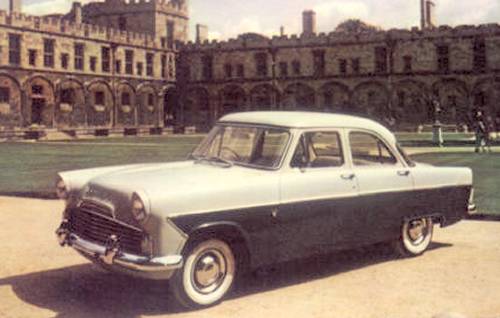 The Mark II Zodiac was slightly altered to distinguish it from the lesser variants, having more elaborate tail-end styling and at the front a different grille.

The Mark II Zodiac was slightly altered in apearance from the Zephyr with more more elaborate styling and at the front with a different grille and also at the rearOften with a two-tone paint sceme, chrome wheel-trims and whitewall tyres also noticeable are the gold-plated badges.

The wheelbase was increased by 76 mm to 2,700 mm, while the width reached 1,800 mm.The Zodiac and Zephyr were also offered with two bodies which were called "Highline" and "Lowline", also with diffrent instrument panel designes and which were manufactured in different years, 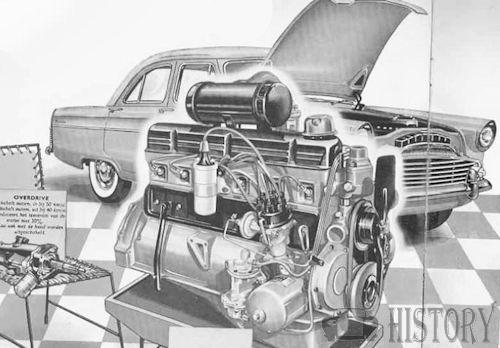 The in-line six-cylinder engines now had a large displacement increased to 2.5 liters with a increase in power to 86 hpIn addition to the three-speed manual gearbox, from 1956 it was possible to have installed a Borg Warner DG automatic gearbox with overdrive .Four wheel drum brakes were initially installed, but disc brakes became optional in 1960 and standard in 1961 some dealers from 1961 also fitted the brake booster 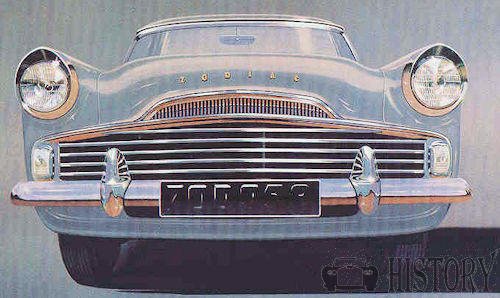 Although the Ford Zephyr had never been assembled in the United States , a small number of units were imported to north America
In Australia , the Consul, Zephyr and Zodiac Mark II were built at Ford's Geelong plant .The Zephyr and Zodiac Mk II together produced 294,506 sedans and 6,911 convertibles Also a estate version built by Abbotts of Farnham and was offered with the pneumatically operated roof.