The Mark I Ford Escort was introduced in the United Kingdom at the end of 1967, making its show debut at Brussels Motor Show in January 1968 It replaced the successful long running Anglia. The car was presented in continental Europe as a product of Ford's European operation. Escort production commenced at Halewood in England during the closing months of 1967, and for left hand drive markets during September 1968 at the Ford plant in Genk Initially the continental Escorts differed slightly from the UK built ones under the skin. The front suspension and steering gear were differently configured and the brakes were fitted with dual hydraulic circuits; also the wheels fitted on the Genk-built Escorts had wider rims.At the beginning of 1970, continental European production transferred to a new plant on the edge of Saarlouis, West Germany.

The Escort was a commercial success in several parts of western Europe, but nowhere more than in the UK, where the national best seller of the 1960s, BMC's Austin/Morris 1100 was beginning to show its age while Ford's own Cortina had grown, both in dimensions and in price, beyond the market niche at which it had originally been pitched. In June 1974, six years into the car's UK introduction, Ford announced the completion of the two millionth Ford Escort, a milestone hitherto unmatched by any Ford model outside the USA. It was also stated that 60% of the two million Escorts had been built in Britain. In West Germany cars were built at a slower rate of around 150,000 cars per year, slumping to 78,604 in 1974 which was the last year for the Escort Mark I.Many of the German built Escorts were exported, notably to Benelux and Italy: from the West German domestic market perspective the car was cramped and uncomfortable when compared with the well established and comparably priced Opel Kadett, and it was technically primitive when set against the successful imported Fiat 128 and Renault 12.Subsequent generations of the Escort made up some of the ground foregone by the original model, but in Europe's largest auto-market the Escort sales volumes always came in well behind those of the General Motors Kadett and its Astra successor.

The Escort had conventional rear-wheel drive and a four-speed manual gearbox, or 3-speed automatic transmission. The suspension consisted of MacPherson strut front suspension and a simple live axle mounted on leaf springs. The Escort was the first small Ford to use rack-and-pinion steering. The Mark I featured contemporary styling cues in tune with its time: a subtle Detroit-inspired "Coke bottle" waistline and the "dogbone" shaped front grille — arguably the car's main stylistic feature. Similar Coke bottle styling featured in the larger Cortina Mark III (also built in West Germany as the Taunus) that was launched in 1970.

Initially, the Escort was sold as a 2-door saloon (with circular front headlights and rubber flooring) on the "De Luxe" model. The "Super" model featured rectangular headlamps, carpets, a cigar lighter and a water temperature gauge. A 2 door estate was introduced at the end of March 1968 which, with the back seat folded down, provided an impressive 40% increase in maximum load space over the old Anglia 105E estate, according to the manufacturer.The estate featured the same engine options as the saloon, but it also included a larger, 7+1⁄2-inch-diameter (190 mm) clutch, stiffer rear springs and in most configurations slightly larger brake drums or discs than the saloon. A panel van appeared in April 1968 and the 4-door saloon (a bodystyle the Anglia was never available in for UK market) in 1969.

Underneath the bonnet was the Kent Crossflow engine which was also used in the North American Ford Pinto. Diesel engines on small family cars were rare, and the Escort was no exception, initially featuring only petrol engines — in 1.1 L, and 1.3 L versions. A 940 cc engine was also available in some export markets, but few were ever sold.

There was a 1300GT performance version, with a tuned 1.3 L Kent (OHV) engine with a Weber carburetor and uprated suspension. This version featured additional instrumentation with a tachometer, battery charge indicator, and oil pressure gauge. The same tuned 1.3 L engine was also used in a variation sold as the Escort Sport, that used the flared front wings from the AVO range of cars, but featured trim from the more basic models. Later, an "executive" version of the Escort was produced known as the 1300E. This featured the same 13" road wheels and flared wings of the Sport, but was trimmed in an upmarket, for that time, fashion with wood trim on the dashboard and door cappings.

A higher performance version for rallies and racing was available, the Escort Twin Cam, built for Group 2 international rallying. It had an engine with a Lotus-made eight-valve twin camshaft head fitted to the 1.5 L non-crossflow block, which had a bigger bore than usual to give a capacity of 1,558 cc. This engine had originally been developed for the Lotus Cortina. Production of the Twin Cam, which was originally produced at Halewood, was phased out as the RS1600 was developed.

The Mark I Escorts became successful as a rally car, and they eventually went on to become one of the most successful rally cars of all time. The Ford works team was practically unbeatable in the late 1960s / early 1970s, and arguably the Escort's greatest victory was in the 1970 London to Mexico World Cup Rally being driven by Finnish legend Hannu Mikkola. This gave rise to the Escort Mexico (1.6 L "Kent"-engined) special edition road versions in honour of the rally car. 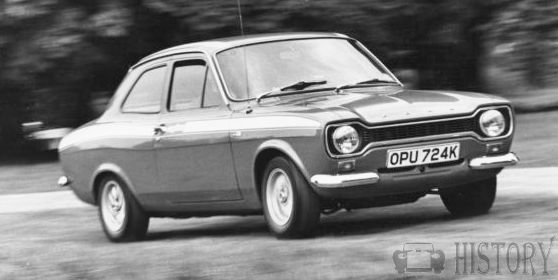 In addition to the Mexico, the RS1600 was developed which used a Kent engine block with a 16-valve Cosworth cylinder head. This engine was essentially a detuned Formula 3 engine designated BDA, for Belt Drive A Series. Both the Mexico and RS1600 were built at Ford's Advanced Vehicle Operations (AVO) facility located at the Aveley Plant in South Essex. As well as higher performance engines and sports suspension, these models featured strengthened bodyshells, making them good for rallying.

Ford also produced an RS2000 model as an alternative to the somewhat temperamental RS1600, featuring a 2.0 L Pinto (OHC) engine. This also clocked up some rally and racing victories; and pre-empted the hot hatch market as a desirable but affordable performance road car. Like the Mexico and RS1600, this car was produced at the Aveley plant. 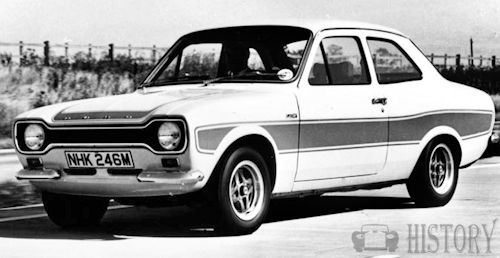 The Escort was built in Germany and Britain, as well as in Australia and New Zealand.

Ford New Zealand's Seaview plant in Lower Hutt built 1.1 and 1.3-litre versions, initially as Deluxe (1.1) and Super (1.3) two-door sedans plus panel vans. The four-door sedan was added in 1970. Trim levels were revised after the 1972 UK facelift with just one run of 1.3XLs (with the GT instrument pack) before these were downgraded to 'L' trim. Base and L trims were offered to the end of the MK1 run. Some 1.6 Mexicos were imported in 1973-4 after the government temporarily freed up import licensing due to a shortage of new cars. Estate versions were mostly imported.

Assembly of the Mk I Escort was undertaken by Automotive Industries in Upper Nazareth, in conjunction with the local distributor, Palestine Automotive Corp. Assembly from UK-sourced kits started in April 1968. The last Mk I, a light green 1100cc 2-door, was released on November 14, 1975. A total of 14,905 units were assembled in Israel, including 105 Escort 400 Vans. 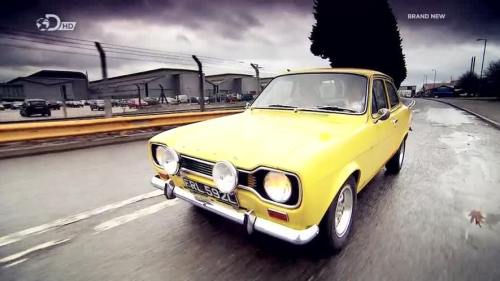 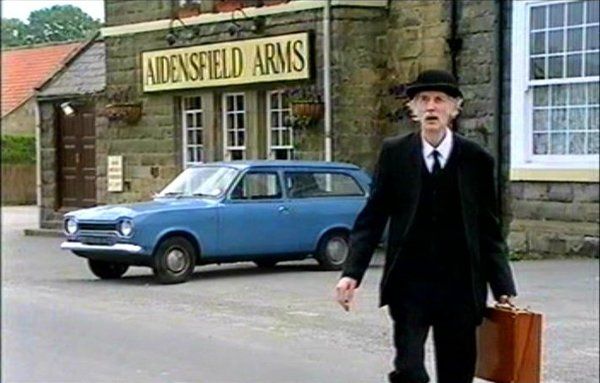