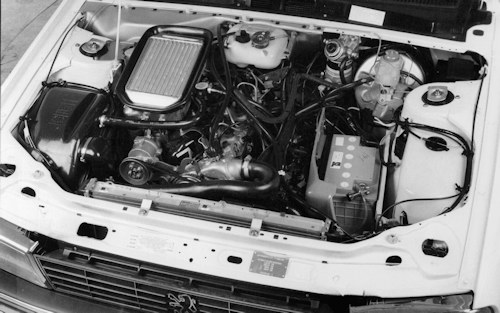 The PSA XD Indenor engine is a four-stroke diesel internal combustion automobile engine from 1800 to 2500cc with in-line four cylinders, with either SOHC 8-valve or 12-valve heads, cast iron block, water-cooled, with a five-bearing crankshaft, with lateral camshaft (with rocker arms and rods rocker arms), controlled by a timing chain apart from types XD85 and XD88 (cascade pinion drive), with aluminum cylinder head , eight overhead valves, developed and produced by the Indenor company between 1963 and 1992.The XD engine has been developed in 8 variants with also a six-cylinder inline version later alongside and replaced by the XUD engine.

The XD engine has been widely used by Peugeot, making it a leading brand in the field of diesel cars. The engine was fitted transversally in front wheel drive vehicles, and tilted by 30°. But also in non-PSA vehicles such as Ford installed longitudinally, with rear-wheel drive.Also fitted as generators, in tractors, light trucks and some jeeps aswell as boats. 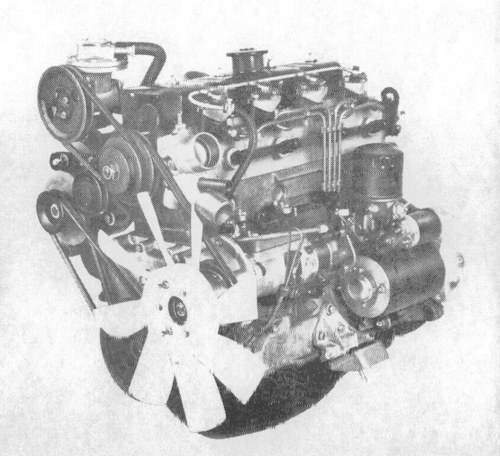 The origins of the XD engine date back to 1959, with the launch of the Peugeot 403 Diesel: the TMD 85 (1.8 D) engine was used as the basis for the XD engine. Several cars are equipped with it, not only Peugeot but also competing brands, which shows the quality, economy and robustness of these engines. There are few differences between the TMD engine and the very first XD engine, type XD85 (where the number indicates the measurement of the bore): among them, there were developments that will increase its power to 55 hp and also the inclination of the XD85 engine at 20 °.

The XD engine has been fitted to some Ford cars in Europe such as the Granada also some Indian Mahindra off-road vehicles , some Leyland pickup trucks , and some models of the Soviet Volga . The XD2 and XD3 versions were also mounted on jeep UAZ , imported into Italy, including the model Jeep UAZ-469, imported by the firm Martorelli Rome to replace the gasoline engine 2445 cc in the original carburetor XD3 at 2,498 cc .

Below some applications for the XD diesel