The Fiat 1300 and Fiat 1500 are large family cars manufactured by the Italian automaker Fiat Auto from 1961 to 1967, which replaced the Fiat 1200. The 1300 and 1500 were essentially identical except for engine displacement, as indicated by model names. They were available as a saloon and estate, and spawned a convertible version, which shared little mechanically with the other body styles except the 1500 engine.

The 1300/1500 were conventional cars, with longitudinally, front-mounted engines powering the rear axle via a four-speed manual transmission. The engines employed were two versions of the same design, differing in bore:

An innovative feature at the time was the fitting of disc brakes on the front and rear wheels.

Both variants started with a wheelbase of 2,425 mm (95.5 in), but from 1964 the wheelbase of Fiat 1500 was increased to 2,505 mm (98.6 in). This longer version was called the 1500C and also received three more horsepower (for a total of 75) and various other detail differences, including power brakes and bigger taillights with built-in reverse lamps.

The Pininfarina-designed Coupé and Cabriolet models of the preceding 1200 continued with largely unchanged bodywork, although they were now equipped with the larger 1.5 litre engine. The grille, previously in two segments, was now a wider single-piece unit of a more trapezoidal design. The O.S.C.A. engined 1600 S, with a twin cam 1,568 cc engine developing 90 PS (66 kW) continued to be available albeit with the same new front end treatment as that of the 1500 Cabriolet. This was called the Fiat 1600 S Coupé/Cabriolet and can easily be recognized by its additional lamps at the outer corners of the grille. All of the coupés and convertibles were replaced by the new 124 coupés and spiders in 1966.

The New Zealand importer, Torino Motors, marketed the 1500 as the "Crusader", with corresponding badging. 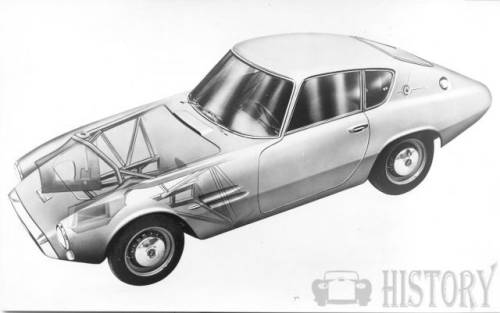 Siata, the Italian tuning accessories and special vehicles manufacturer, devised a model called TS or 1500 TS that differed from the regular Fiat saloon in styling details, including two-tone paint, but mainly in the fact that the engine was tuned to deliver as much as 94 bhp (70 kW). Moreover, there was a 1500TS Coupé version with a unique body designed by Giovanni Michelotti. Both the saloon and the coupé were also manufactured by Fiat's German subsidiary, Neckar Automobil AG, formerly known as NSU-Fiat, located in Heilbronn (unlike regular Fiat 1300/1500).

The Yugoslavian automaker Zastava, which was extensively cooperating with Fiat, also assembled the 1300 and 1500, branding them as Zastava 1300 and Zastava 1500, respectively. Zastava went on to produce the 1300 by itself when Fiat in 1967 stopped production. During seventies better equipment was added and models named DeLuxe and 1300E. The production finished in December 1979. 201.160 copies were made since 1961. The car was nicknamed Tristać in Serbo-Croatian.

With all-around disc brakes; rear-wheel-drive, up to 72 horsepower (the engine could propel the car to a top speed of 155 km/h), the elegant Tristać was Yugoslavia's favorite upmarket car. The Zastava 1300 was also assembled by Leonidas Lara (C.C.A.) in Bogotá, Colombia. Assembly of Zastavas in Colombia began as early as 1969.

Although considered a variant of Fiat 125, the Polski Fiat 125p was actually a combination of bodywork of Fiat 125 and engines and mechanicals of Fiat 1300/1500. 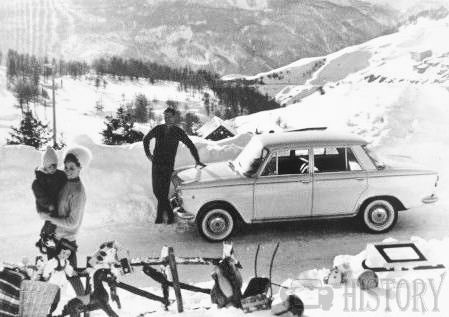