The Fiat 131, additionally called "Mirafiori", is a small/medium family car produced by the Italian car manufacturer Fiat from 1974 to 1984. It was exhibited at 1974 Turin Motor Show.

The 131 was the replacement for the successful Fiat 124, and available as a two-door and four-door saloon and 5-door estate. The 131 was given the Mirafiori name after the Turin suburb where the cars were produced. Naming the car in this way marked a break with the former Fiat convention, established in the 1960s, of naming their mainstream models only with a three digit number, and it set the pattern for Fiat to adopt a new naming practice, with carefully chosen names for subsequent new models. Initially, the 131 was offered with 1.3 L and 1.6 L overhead valve engines. Revisions were made in 1978 and 1981, and all models were produced until production ceased in 1984.

The Fiat 131 employed construction techniques and technologies typical of its day. The body was a steel monocoque. Designed and styled on the typical three-box design, with distinct boxes for the engine compartment, passenger compartment, and boot.

The major mechanical components were also conventional and contemporary, but with some notable advances. The 131 employed a front engine, rear-wheel drive layout, whereby the engine is longitudinally mounted in the front of the car. The gearbox is directly behind the engine, and a tubular propeller shaft, under the transmission "tunnel", transmits the drive to a solid live rear axle.

The engines were all inline-four types, derived from those used in the outgoing 124 range, with a cast iron cylinder block and aluminium alloy cylinder head, either pushrod with chain drive camshaft or double overhead camshaft (DOHC), driven by a single rubber/Kevlar toothed timing belt. Fuel supply was via a single Weber ADF twin-choke carburettor, fed from a trunk mounted steel fuel tank. Traditional contact breaker ignition systems were used, usually with Marelli distributors.

The suspension system utilised fully independent front suspension, with MacPherson struts, track control arms and anti-roll bar. The rear suspension was quite advanced (when using a solid live rear axle), in that the rear axle was controlled by double unequal length trailing arms and a panhard rod, with coil springs and direct acting dampers. This design proved far superior to many of its contemporaries, especially with vehicle stability and handling.

The braking system was also typical; the front brakes were disc brakes, using a solid iron disc and a single-piston sliding caliper. The rears were drum brakes, utilising leading and trailing shoe design operated by a dual piston fixed slave cylinder. They were operated hydraulically, with a tandem master cylinder assisted by a vacuum servo using two separate circuits. A rear-mounted load sensing valve varied the bias of effort applied to the rear brakes, dependent on the load being carried (and also the pitch dynamics caused by braking effort and road levels). A centrally located floor mounted handbrake operated on the rear axle using bowden cables.

The Fiat Abarth 131 Rally car, which won the World Rally Championships in 1977, 78 and 80, is closely related to the Fiat Mirafiori Sport. Seventy-five per cent related. simple and beautiful hard to beat driving machine. The twin cam engine transmits its 112 bhp smoothly through the 5 speed gearbox with its well placed ratios to give a 0—60 mph acceleration time of 10.3 seconds, and an average fuel consumption of 30 mpg. The rally car develops 140 bhp,and the racing version 215 bhp. If you look carefully at those figures you will notice that the rally car has 28 more bhp, while the ultimate version has 103 more bhp. both also have very much better power/weight ratios, but at the expense of comfort.

Initially the 131 came with 1,297 cc or 1,585 cc OHV inline-four engines, of the engine family first introduced in the Fiat 124. The first series was available with two body styles; saloon and estate Familiare. Station wagons were built by SEAT in Spain, but were labelled Fiats for all non-Spanish markets.There were two trim levels - the basic "131" and the better appointed "131 S" or "131 Special", which could be distinguished from the base model by its quadruple circular headlamps, chrome window surrounds and different instrumentation. US market versions had an SOHC 1.8-litre four and were available with a GM three-speed automatic.

In 1976, 500 examples of Fiat 131 Abarth Rallye were built for homologation purposes. This car included many technical modifications such as 16-valve DOHC engine producing 140 PS (103 kW; 138 hp), Kugelfischer mechanical fuel injection and independent rear suspension. In race specifications, the engine produced around 215 PS (160 kW) in season 1977. Another special version was the nearly 5 metre long "131 Diplomatic" limousine version made in Salvatore Diomante's carrozzeria near Turin.

The 131 got a minor facelift in 1978. New DOHC, or "Twin Cam" (TC) engines arrived, and these models were badged as SuperMirafiori. The biggest change exterior-wise for the Series 2 was larger rectangular shaped front lights (quad round headlights in the US), new bumpers, new bigger rear lights and new interior trim including a chunky, single-spoked steering wheel.

Also in 1978, the 2-door sporting version Racing (Mirafiori Sport in the UK) with 115 PS (85 kW) twin cam engine, was launched. This car had four round headlights (the inner headlights being smaller than the outer ones, unlike any other Mirafiori model produced), different grille, spoilers and extended wheel arches, and a short-throw 5 speed gearbox. The Racing had top speed of 180 km/h (110 mph). Diesel engined versions also had four round headlights (equally sized), and a noticeable (and characteristic) bump in the hood to accommodate the taller engine. The Familiare (estate) was renamed as Panorama.

The Series 2 was marketed in the United States as the Fiat Brava from mid-year 1978 with the same 1.8-litre four as had been used in the US-market 131, but before the year was over this was replaced by the 2 litre twin cam four also seen in the Spider. Initially, a better equipped Super Brava was also available, but the base model and "Super" tag were dropped for 1979. For 1980 a more powerful fuel-injected version was added (102 hp/76 kW) while the Estate version was dropped. For 1981 the EFI engine became standard equipment and the headlamps were changed for single rectangular units, but this was to be the last year for the Brava/131 in the US.

The 131 was updated again in March 1981. By this time, the car was no longer offered in the USA. Production of the Racing/Sport versions ceased, although these were sold well into 1982. The same 2.0 TC (twin cam) engine went to the SuperMirafiori. The car was renamed 131 Super Brava in Australia. The car received a slightly updated interior (instruments, single-piece glovebox lid), whilst lower rubbing strips found their way onto all models up to CL specification. The SuperMirafiori received larger lower door cladding. Mechanically, Mirafiori versions now received overhead cam engines rather than pushrod versions; a new 1.4 litre engine and a revised 1.6 litre. Also new were the clutch and gearboxes, a tweaked suspension was also introduced and the gas tank increased in size by three litres, for a total 53 L (14.0 US gal; 11.7 imp gal) capacity.

In June 1981, a new sport version, the Volumetrico Abarth, was introduced to some markets, with a supercharged version of the familiar 2-litre twin-cam. This car, also known as the 2000 TC Compressore, was built in a small series (about 200 units ) and could reach 190 km/h (118 mph).

In 1983, the production of saloon version was discontinued, but the estate, now named 131 Maratea, remained in production with two engine choices (115 PS 2.0 TC and 72 PS 2.5 D) until 1985, when they were replaced with the Ritmo-based Regata Weekend. These last versions featured four round headlights and the by-now familiar five-bar grille.

The Fiat 131 Abarth was a very successful rally car, winning the World Rally Championship three times: in 1977, 1978, and in 1980 with Markku Alen, Timo Salonen and Walter Röhrl, among many others, at the wheel. The official "works" cars were sponsored by Italian airline Alitalia and bore their distinctive red, white and green livery. Between 1976 and 1981 the Fiat 131 won 18 WRC events.

The SEAT 131 started its production in early 1975 in Barcelona with two versions initially offered: SEAT 131 L, featuring rectangular front lamps, 1,438 cc OHC engine and 4 speed gearbox and SEAT 131 E featuring four round headlamps, 1,592 cc DOHC engine and 5 speed gearbox. The range grew up in 1976 with the SEAT 131 Familiar, estate version offered with both engines. In 1977 the 131 Automatico (Automatic gearbox) was released and the following year a very short production of the SEAT 131 CLX 1800 was offered. Spain was the only place where the estate 131 was built, but in the export these were labelled Fiat 131 Familiare.

In 1978, the SEAT 131 evolves into the SEAT 131 Mirafiori/Supermirafiori (Panorama for the estate versions), with the same changes as seen on its Italian cousin. The engines remained largely the same, but a 1.8 litre Diesel Perkins 4.108 engine was available in 1979.

In 1981, the Diesel version was developed with a new Sofim engine. This 2,500 cc engine was much more powerful than the Perkins version (72 hp against only 49 hp) and was one of the most successful taxis in early '80s Spain.

In 1982, the SEAT 131 changed again, gathering all the body changes seen on the Fiat 131 series 3. The 131 was now available in CL, Supermirafiori and Diplomatic versions. The Diplomatic was the top of the range, with a 1,995 cc engine and features such as power steering, power windows or air conditioning. The Panorama versions were the cars chosen by the "Cuerpo Nacional de Policia" (Spanish Police force) as patrol cars.

In 1984, the SEAT 131 range was discontinued, without a direct substitute and the Fiat Ritmo-based SEAT Málaga took its place in 1985.

Tofaş industries in Turkey also based their initial production on Fiat 131s built under Fiat license. 131-based models included the Murat 131 built in Bursa, Turkey, the Doğan, Şahin and the Kartal (the estate). These vehicles enjoyed a very long production run and were later replaced by newer Fiat models.

Final assembly of Fiat 131 took also place in Poland by Fabryka Samochodów Osobowych (FSO) in the years 1975-1981. First series cars were available only in Special trim and were called Polski Fiat 131p Mirafiori, cars of second series were known under the name Fiat 131p Mirafiori and were offered in L and CL trim levels.

The Fiat 131 was also produced at Helwan, in Egypt, by El Nasr since at least 1982, on the basis of complete knockdown (CKD) kits. This was followed by CKD assembly of the Fiat Tofaş 131 since 1991. The Tofaş 131 has also been assembled in Ethiopia by Holland Car since 2006. 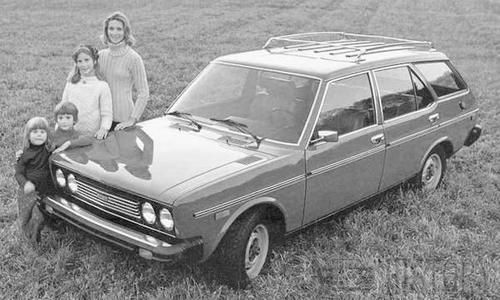