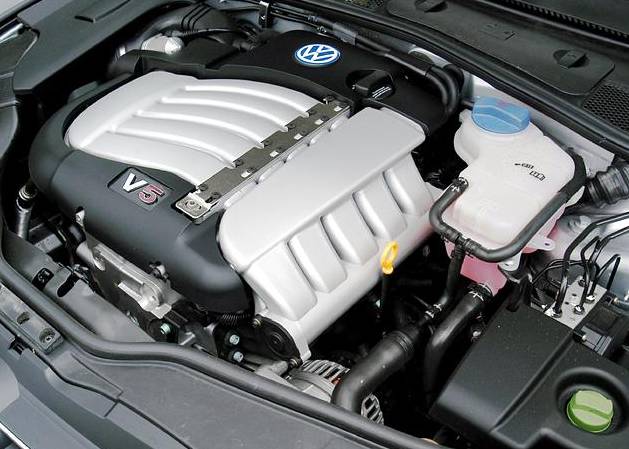 The V5 engine is a V form engine with five cylinders.

Volkswagen introduced the first V5 engine, though this engine is not a true twin-bank V engine, but rather a VR5, or staggered bank straight-5 engine, and therefore not a true V5. It does not have one cylinder bank with 2 cylinders and one with 3; rather, it has all 5 cylinders sharing a single bank. The engine is derived from the VR6, and is thus a staggered 5, and has much in common with Volkswagen's earlier straight 5 developed in the 1980s for the Passat and Audi Quattro.

Volkswagen's VR5 is a 2.3 litre gasoline engine descending directly from the older VR6 from which VW removed a cylinder creating the first block to use five cylinders in a V design. The first version, with 2.3 L capacity, was capable of 150 PS (148  hp/110  kW) and had a maximum torque of 209 N·m (154 lb·ft).