The Dodge Avenger  is a presented in the spring of 2007, a mid- size sedan car of the US automaker Dodge .

Dodge used the original name of Hillman previously from spring 1995 to mid-2000 for a sports coupe . The Dodge Avenger is manufactured for most markets in the Sterling Heights plant in Michigan ( USA ). There are also built the Chrysler Sebring sedan and the convertible since 2011: Chrysler 200  By contrast, the units for the Mexican market since the spring of 2013 come from the Dodge plant in Chihuahua . There it will be built in an extended version. In addition, there rolls under the name Dodge GTS an identical model .

From September 2007, there was the Avenger in the European markets. Unlike in North America, the Avenger was offered in Europe with the already known from the Dodge Caliber and Chrysler Sebring 2.0-liter turbo diesel engine with 103 kW (140 hp) from Volkswagen in conjunction with a manual six-speed transmission . The gasoline engine with 115 kW (156 hp) with five-speed manual gearbox is also known from the Dodge Caliber.

All models have individually suspended wheels, front MacPherson struts with gas pressure shock absorbers , wishbones and a stabilizer , rear with a multi-link axle with coil springs and stabilizer and gas pressure shock absorbers. Both axles are mounted on decoupled rubber- mounted subframes .The steering is a rack-and-pinion steering with speed-dependent servo , the turning circle is 11.13 m.

The Avenger can be optionally equipped with the MYGIG system, wherein it is a CD / DVD / HDD / MP3/ satellite navigation radio with a 20 Gigabyte - hard disk and a touch-sensitive 6.5 inch TFT display is. The MyGIG system is voice-controlled, has a USB port and allows you to store and play music, sounds, movies and individual image presentations.

The flagship of the range is the Avenger R / T AWD with a 3.5-liter V6 engine and a power of 175 kW (238 hp), which is equipped with a six-speed automatic (with auto-stick) and four-wheel drive . 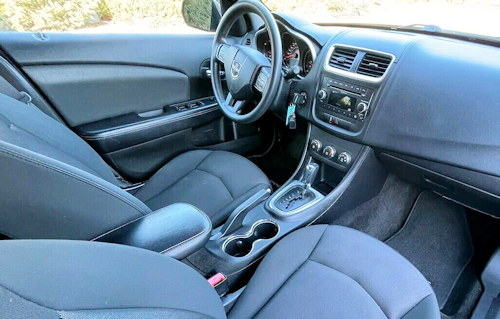 As equipment lines there are SE and SXT, whereby here too the equipment varies depending on the country of delivery. The SXT line is always the higher quality. A fully featured SXT has the MyGig Uconnect with matching Boston Digital audio speaker system, leather seats, heated and power adjustable front seats, canister cooler, automatic air conditioning, heat and cool cupholder in the center console, tire pressure monitor, on-board computer and various chrome applications in and at the car.

In early 2011, the Avenger was subjected to a careful facelift. In addition, a new V6 engine with 3.6 liters and 210 kW (286 hp) was available. Externally, only slightly modified sills, rear lights and headlights can be seen, but the interior has been completely redesigned.

The units from the Mexican production are equipped with 173 kW strong 2.4-liter engines In Mexico, the Dodge Avenger is also used as a police vehicle. The following equipment lines are offered: Avenger: SE AT, SXT AT, SXT Sport AT and Avenger GTS: AT, Sport AT 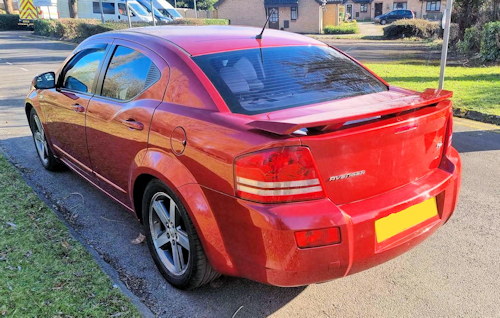