The Dodge WC series was a range of light military trucks produced by Dodge during World War II. The series included weapon carriers, telephone installation trucks, ambulances, reconnaissance vehicles, mobile workshops and command cars. They were replaced after the war by the Dodge M-series vehicles. WC was a Dodge model code: W for 1941 and C for half-ton rating. The C code was retained for the ¾ ton and 1½ ton 6×6 Dodges.

Dodge began producing light trucks immediately upon its formation in 1914. For the first few years these were based largely on the existing passenger cars, later specific chassis and body designs were used. Light- and medium-duty models were offered first, then a heavy-duty range was added during the 1930s and 1940s. Dodge produced its first prototypes of dedicated military trucks in late 1939: the 1/2 ton 4x4 VC series. Production of the VC series started in 1940. At the outset of World War II, Dodge produced the G-505 WC ½ ton series of military light trucks in 38 individual models, thousands of some models were produced, while only a few of some others were made. The WC ½ ton trucks replaced the 1940 VC-1 to VC-6 ½ton Dodge trucks which were also part of the G505 series. 79,771 of the ½ ton trucks were produced during late 1940–1942 under War Department contracts. WC models 1 to 50 were part of the 1/2 ton range and were 80% interchangeable in service parts with the later 3/4 ton models.

The Dodge G-502 ¾ ton 4×4 trucks were first introduced in late 1941. Standard vehicles in the ¾ ton 4×4 class were the WC-51 / WC-52 Weapons Carrier, Telephone Installation Trucks, WC-53 Carryall, and the WC-54 Ambulance. In the cargo trucks, the WC51 was identical to the WC52 but did not have the front bumper-mounted winch.

WC51 Truck, Cargo, 3/4 ton, 4x4 w/o Winch Dodge (G502) Weapons Carrier. 123,541 were built. The open cab pickup could be fitted with an optional M24A1 machine gun mount, which bolted across the front of the bed. The mount could carry the M1918 Browning Automatic Rifle, the M1919 Browning machine gun, or the M2 Browning machine gun.

The WC56 Truck, Command Reconnaissance, 3/4 ton, 4x4 w/o Winch Dodge (G502) was a command and reconnaissance vehicle akin to a large Willys Jeep. It did not prove popular as it was heavier and not as maneuverable as the Jeep, and its distinctive profile made it a target.

The WC59 Truck, Telephone Maintenance, 3/4 ton, 4x4 Dodge (G502) was designed to install and repair telephone lines. Based on the same chassis as the WC54, but with a wheelbase increased by 50 cm. The spare wheel was carried behind the seats, with a step ladder fitted to where the spare wheel would have been. 549 were built. The bed was known by the Signal Corps as the K-50 truck, and was fitted to both Dodge and Chevrolet chassis.

The WC60 Emergency Repair Chassis, 3/4 ton, 4x4 Dodge (G502) was a mobile workshop designed for field maintenance. It featured the same body as the WC54 but with tool trunks that were accessible from the outside. 296 built.

The WC61 Light Maintenance Truck, 3/4 ton, 4x4 Dodge (G502) was designed to install and repair telephone lines. Replacement for the WC59, the WC61 had the step ladder fitted to the roof, the spare wheel was fitted behind the seats, and the tool trunks were accessible from the outside. 58 built. The US Signal Corps referred to these as the K-50B truck.

The WC63 Truck, Cargo and Personnel Carrier, 1 1/2 ton, 6x6 with Winch Dodge (G507) Weapons Carrier was based on a lengthened WC51 with an extra axle added. Identical to the WC62 but fitted with a Braden MU2 7,500 pound capacity winch.

The WC64 KD Truck, 3/4 ton, 4x4 Ambulance Dodge (G502) was an ambulance based on the same chassis as the WC54 but with a knock-down body designed to increase the amount of vehicles that could be shipped at the same time. 3,500 were built between the beginning of 1945 and the end of the war. 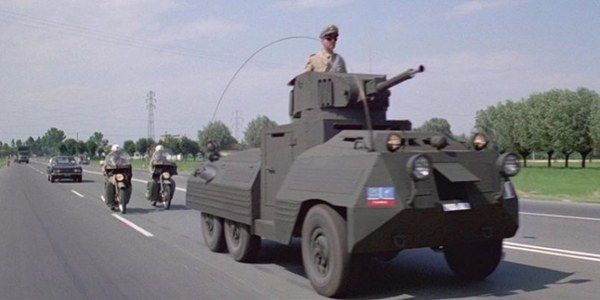 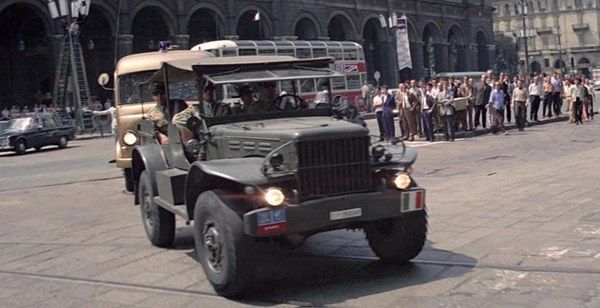