The Chevrolet Express and almost identical GMC Savana are vans from General Motors built from the mid 1990s on .

From model year 1996 to model year 2002, the GM GMT-600 platform was the basis for the vehicle. The Express and Savana are offered as a Van (Work Van) and as a Kombi (Passenger Van) with 8 to 15 seats. Since 2004 there is ESP (Stabilitrak) in all passenger variants.The express is sold much more than the Savana. The Express and Savana hold 29% of the US pickup truck market in the second quarter of 2018 and are thus in second place behind the Ford Transit . In 2017, a total of 110,017 copies of both vans were sold. 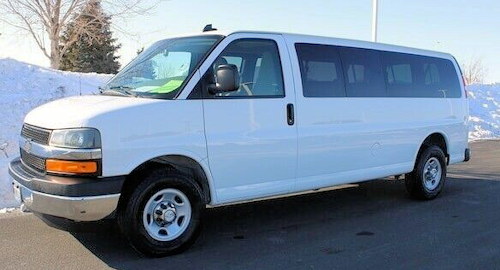