Automotive manufacturer of Swansea , Wales.Great Britain from 1982 to 1992. 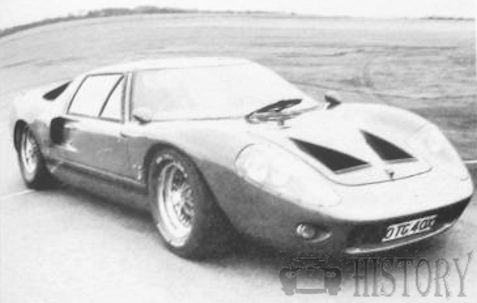 Ken Vincent Attwell, who previously worked for Ford of Britain , founded the company in 1982 in Swansea , Wales . He started producing automobiles and kits . The brand name was KVA . Later, his wife Margaret and later his son Paul Attwell led the company. 1992 ended the production. In total over 550  were created.

The first and best selling model was the GT 40 .At a price of £2,950 this was the replica of the Ford GT 40 . The base was a spaceframe frame made of steel tubes.Various makes contributed for the build. Wheel suspensions and steering came from the Ford Cortina and the gearbox from the VW Beetle . Different engines of the four-cylinder engine from Ford the Essex V6 engines from Ford and Renault up to V8 engines from Ford and Rover drove to the vehicles.with a Ford cortina steering rack and Talbot pedals to a morris minor handbrake The body of the two-seat coupé was made of fiberglass . From this model created about 510 copies.

The Countach Replica was the replica of a Lamborghini Countach . Between 1987 and 1988 created about three copies.

The D-Type replica as a replica of the Jaguar D-Type from 1988 to 1989 remained a unique piece.

From the XKSS Replica , a replica of the Jaguar XK-SS , was also created in the same period only one made.

In addition, there was a replica of the Ferrari 365 Daytona .