Automotive manufacturer of Tyseley , Birmingham.Great Britain from 1984 to 1986. 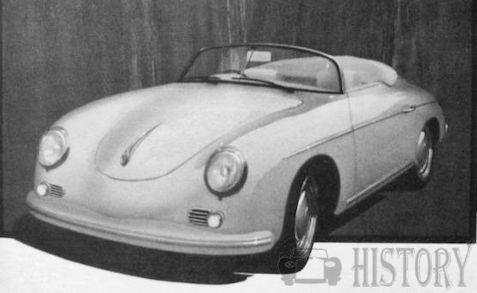 Sheldonhurst Limited was a British manufacturer of replica kit car automobiles in the 1980s.

Terry Sands, who previously led Classic Reproductions , and Bill Cook founded the company in 1984 in Tyseley , Birmingham . They started with the production of turn key automobiles and kits . The brand name was Sheldonhurst . In 1985, Sands left the company and founded Alternative Vehicle Center . 1986 ended production.

Californian and Speedster were replicas of the Porsche 356 . The basis formed optionally the chassis of the VW Beetle with rear engine or a self-developed chassis for the boxer engine of the Alfa Romeo Alfasud . 1985 ended the production of this model.

The Cobra , a replica of the AC Cobra with the four-cylinder engine from MG B , was from 1984 to 1986. Brightwheel Replicas continued production under its own brand name.