Automotive manufacturer of Staffordshire.Great Britain from 1983 to 1985. 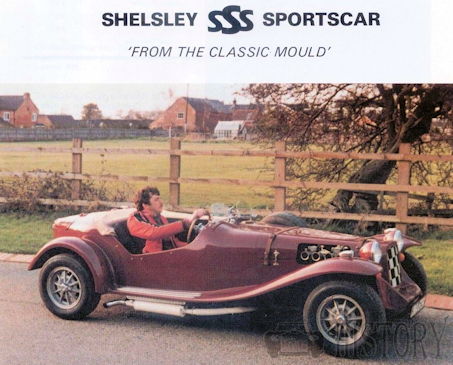 The company from Darley Abbey in County Derbyshire began in 1979 with the modification and in 1983 with the production of automobiles and kits . The brand name was Shelsley . In 1983, he moved to Burton-upon-Trent in Staffordshire . 1985 ended production.

Between 1979 and 1985, the company offered conversion kits called Custom Spridget . These conversion kits included a new fiberglass front for Austin-Healey Sprite and MG Midget . Of these, 40 copies were sold.

The Spyder was a complete vehicle and also available as a kit . The base formed optionally the chassis by Triumph Herald or Triumph Vitesse or a lead frame including an engine of Ford or Lotus Cars  . The open 1 piece fiberglass body in the style of the 1930s was similar to the former sports car of Alfa Romeo .  Total in the short production time as little as five copies made.