Car manufacturer of Solihull, Warwickshire.Great Britain from 1958 to 1961. 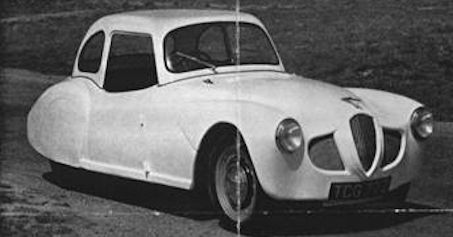 Monkspath Garage Limited was a British manufacturer of sporting automobiles from the late 1950s to the early 1960s.

The company from the Stratford Road in Solihull in the county of West Midlands , led by John Churchley was active in the 1950s in the automotive sector. In 1955 it took over from Swallow Coachbuilding Co. after its production task many parts for the Swallow Doretti . Likewise, in the 1950s, it sold vehicles from Ken Muggleton as Kenmar . From 1958 Monkspath continued its own production. The brand name was now Shirley . 1961 ended production. In total, about 200 copies of both brand names were created.

The vehicles were based on chassis from Ford of Britain . These were the models Ford Eight and Ford Ten . A four-cylinder engine powered the vehicles. The choice was two- and four-seat superstructures. The bodies were made of fiberglass with a optional hard top.
.