Car manufacturer of Bobbington , Staffordshire; United Kingdom From 1993 to 2002. 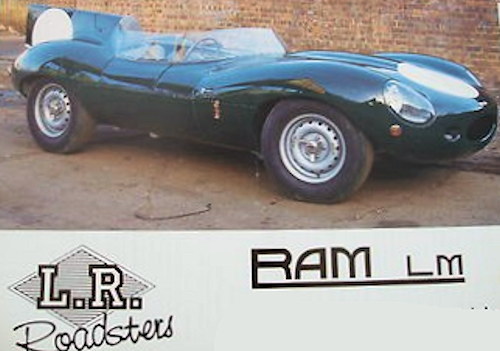 Les Hunt and Ray Beech founded the company in 1993 in Bobbington , County Staffordshire. They started with the production of automobiles and kits. 2002 ended the production. In total, only about three copies were created. Replicator Sports Cars continued production from 2008.

They made fibreglass example of Jaguars Le Mans-winning D-type as the Ram LM.Another model was the called the 3. This was the replica of the Triumph TR 3. The base was a steel spaceframe frame. An open fiberglass body was mounted on top. Many parts, including the engine, came from Ford.