Automotive manufacturer of Sheffield.Great Britain from 1903 to 1906. 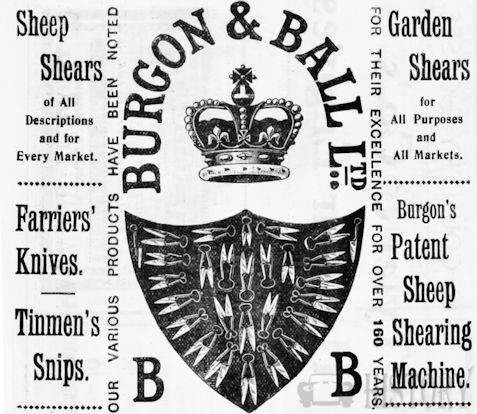 Burgon & Ball is a British engineering company. It also used to make automobiles in the early part of the 20th century .

Charles Burgon and James Ball founded the company in Sheffield in 1866 . Initially, sheep shearing and garden tools and machines were produced with Sheffield steel. and still to this day are made, after a patent by James Ball. In 1898, the company became a stock corporation . The work was called La Plata . 1903 began under the direction of Benjamin Hinds the production of automobiles. The brand name was La Plata . 1906 ended the car production. Altogether 16 vehicles were created: 1903 four, 1904 and 1905 together eleven, 1906 one.

The company purchased chassis from various French manufacturers from Boulogne and Paris (presumably Lacoste & Battmann ).  built-in motors of De Dion-Bouton exaggerated models 6 HP and 9 HP on. The 12 HP received an engine of Aster . In 1905 the model appeared Tricar , named after a tricycle with motor  of 3 hp.