Automotive manufacturer of Blackpool, Lancashire.Great Britain from 1968 to 1974. 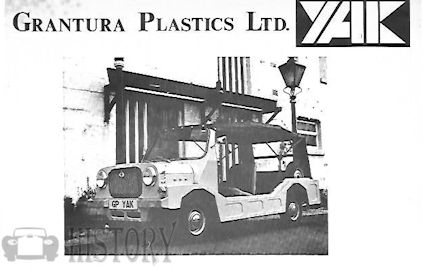 Grantura Plastics was a British manufacturer of automobiles Kit cars and bodywork .

John Ward, Bernard Williams and Tommy Entwistle founded the company in Blackpool in 1966 . Next, they made bodies for TVR . 1968 began the production of automobiles. The brand name was Grantura . 1974  ended production. In total, about 150 were made.

The first model was the Gem was built on the TVR , like the Trident before . It was slightly longer in the back than a typical TVR and had a rectangular vehicle front. The coupe body was made of fiberglass and could accommodate two people. The car was powered by a V6 engine from Ford with 3000 cc displacement .  This model was from 1968 to 1974 in the range.

In 1969, the identical models Yak and Yeoman appeared with a 80" wheelbase and a 6" ground clearance . These were open leisure cars in the style of the Mini Moke with removable doors. The basis was the Mini using both its front and rear subframes. By 1970, 150 copies, both assembled and as a kit . 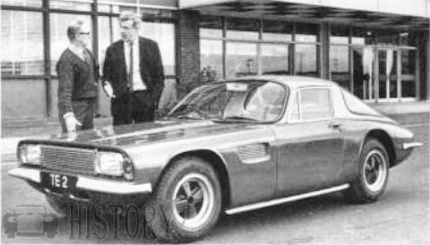