Automotive Manufacturer of Bristol,Great Britain from 1984 to 1993. 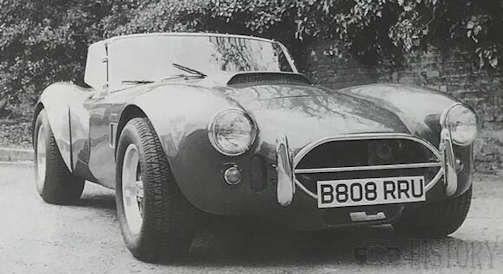 Nigel Gravett founded on July 18, 1984 the company Staplecross in the county of East Sussex . He took over a project from Automotive Design & Developments and started producing automobiles and kits . In 1985 the company moved to Sandhurst in Kent , in 1986 after Mere in Wiltshire , on 22 February 1988 following Wincanton in Somerset  and on 27 June 1988 following Bristol , In 1988 the production ended. On July 12, 1993, the company was dissolved.

The only model was the 427 . This was the replica of the AC Cobra .With a fiberglass body On a ladder frame chassis,With engine options such as the Ford Essex V6 and the Rover V8 plus some American V8 engines.

The quality was not as good as some other cobra replicas but in total,still about 70 copies of the model 427 were made by the three manufacturers.

Automotive Manufacturer of Bristol,Great Britain from 1984 to 1993.