Automotive manufacturer of Christchurch , Dorset.Great Britain from 1986 to 1989. 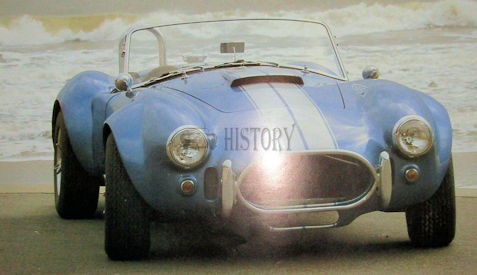 Brightwheel Replicas Limited was a British manufacturer of replica automobiles in the 1980s .

Ken Cook founded the company in 1986 in Christchurch, Dorset. There he began producing automobiles and kits with the support of his son Chris. The brand name was Brightwheel .
The cars came kit based or pre built to order. By 1989 ended production under the name Brightwheel . In total, about 285 copies were made.Cobretti there London agents then copied the car, including a dispute with the brand name Viper arose without Brightwheels permision . Ken Cook founded Classic Replicas in 1989 with Jag based Vipers. and continued with making Cobras until 2001.

Viper
Ken Cook previously was agent for Sheldonhurst in 1985. Then the first model Viper was made from 1986 to 1989. The car was the replica of an AC Cobra. It was quite different from Sheldonhurst car and the chassis was changed in many ways. Originally a Jag XJ6 based chassis. This then later with chassis and suspension from the Ford Granada. Engines were, the six-cylinder V6 Steel Essex engines from Ford, aluminium V8 engines from Rover and a larger heavy V12 engines from Jaguar Cars, lower end cars built with many parts from the Ford Cortina and later from the rear-wheel-drive Ford Sierra. All Viper models together created about 260 copies.

In 1988, the CR 6 supplemented the range, which was later renamed Stinger. The base was a tubular spaceframe with a coupe body. It was the replica of the Lamborghini Countach . By 1989, about 6 kits were made also 4 fully built cars of which three went to Japan. Unlike the Viper kit, this was found to be rather complicated for most amateurs and the body moulds later sold to a US company.

Along with the main kits a Moke replica and several Mini body kits, also a Ferrari GTO kit and an Aston Volante kit (both designed by others.).Were also produced. 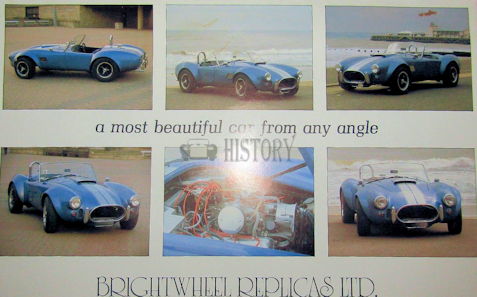