The FX4 is the classic Black Cab. While the majority are black, there is in fact no requirement for them, or indeed any other make of London taxi to be black. Over the years, the FX4 has been sold under a number of different makers' names. More than 75,000 FX4s had been built.

The FX4 London taxi was the successor to the Austin FX3, which was produced between 1948 and 1958. In its day the FX3 was the most widely used taxi in London. Like the FX3, the FX4 was designed by Austin in collaboration with Mann & Overton, the London taxi dealership that commissioned it (and paid for half of its cost) and Carbodies, the coachbuilder that built the body and assembled the cab ready for sale. The design team included Albert Moore from Austin’s engineering division, Jack Hellberg from Carbodies and David Southwell of Mann & Overton. The original design was by Austin’s Eric Bailey and it was engineered for production by Carbodies' Jake Donaldson. It would be the first London taxi to go into production that had four doors, since earlier London taxis had featured a luggage platform, open to the elements, on the pavement/sidewalk side at the front of the cabin, beside driver's compartment.

Like the FX3, the FX4 had a separate chassis, but with independent front suspension and dual-circuit hydraulic brakes. The first FX4, registration number VLW 431, was delivered in July 1958 and went on test with York Way Motors. The official launch was later that year at the Commercial Motor Exhibition.

In 1969, the cab was altered, to offer a new version in place of the abandoned replacement model and to amend some of the shortcomings of the original. The original Austins were provided with small rear stop and taillights and roof-mounted turn indicators, commonly known as "bunny ears". On the revised model, the rear wings were modified to accept the taillights and turn indicators from the MkII Austin 1100/1300. Front indicators were also provided below the headlights and repeater indicators fitted to the front wings. The "bunny ears" were abandoned. The interior was also changed, with black vinyl seats and an altered partition to give the driver more legroom. 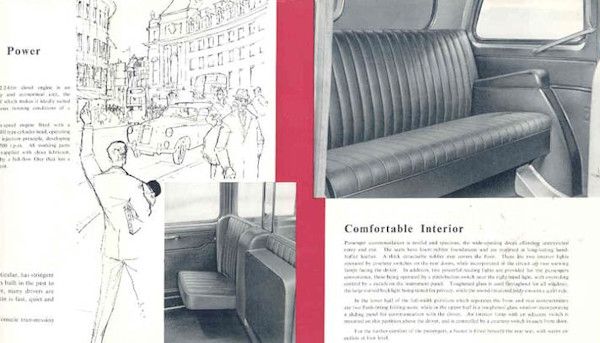 In 1971, the 2178cc diesel engine was replaced by a larger, 2520cc version. This engine proved to be better for use with an automatic transmission and gradually fewer cabs with manual gearboxes were sold. The petrol engine was discontinued in 1973.

In 1973, Carbodies' owner BSA, by now confronting imminent bankruptcy, was bought by Manganese Bronze Holdings, who were happy to continue making the FX4. Detail changes, such as burst-proof door locks and push-button door handles, safety steering and moulded rubber overriders (designed because the original tooling for the chrome overriders had worn out) were implemented.

In 1982, Carbodies, who had been producing the FX4 for Austin and Mann & Overton, took over the cab's intellectual property rights when BL, Austin's parent company lost interest in it and began to produce it under their own name. The old Austin engine was no longer available because, during Michael Edwardes' reconstruction of British Leyland, the plant had been sold to India. Carbodies selected the Land Rover 2286cc diesel engine in its place and also offered the similar-sized Land Rover petrol engine as an option. The new model was branded the FX4R, with R standing for Rover. The FX4R had some improvements over the previous FX4 models, including power steering and full servo brakes, but its performance and reliability were poor and the cab gained a bad reputation.

Some proprietors replaced the Land Rover engine with the Perkins/Mazda 2977 cc diesel, which improved the performance of the cab dramatically. Whilst powerful and reliable, the Perkins conversion gained a reputation for being noisy at idle and, mistakenly for causing cracks in the chassis. The chassis problem, which was also occurring on late model Austins was traced to a manufacturing fault.

In order to regain lost sales due to the FX4R's failure, Carbodies took old chassis and suspension and refurbished them, fitting new bodywork and the original-type 2520cc diesel engines re-imported from India. Because these vehicles used refurbished chassis and suspension components, they were required to have a registration mark starting with the letter Q rather than the current year letter and thus this model was known as the FX4Q. All were fitted with automatic gearboxes, but not the power steering fitted to the FX4R. Sold by the dealer Rebuilt Cabs Ltd, they were marginally cheaper than the FX4R.

In 1984 London Taxis International (LTI) was formed after Manganese Bronze Holdings bought the London taxi dealers Mann & Overton. LTI replaced the 2286cc Land Rover diesel engine with the new 2495cc version. The new model was called the FX4S. New rocker switches replaced the old toggle switches on the dashboard, the wipers were controlled by a stalk on the steering column and draught proofing was added to the bottoms of the doors and black rolled steel bumpers fitted, but basically it was an updated version of the cab that had been around for almost 30 years. At this time, Carbodies were developing a replacement for the FX4, the CR6, which is why this 'stopgap' FX4S was introduced. However, the CR6 was abandoned in 1985 and MBH decided to carry on making the FX4 until such time as it could fund a new cab. The FX4S was superseded in 1987 by the FX4S-Plus, which had a rear compartment redesigned to allow five passengers, the trim changed to grey. A new grey plastic moulded dashboard was also fitted. This was received very well by the trade, as a sign that their needs were actually being listened to.

The Department of Transport was keen to see wheelchair accessible taxis and the FX4W wheelchair conversion, which was available from early 1986, enabled the FX4 to provide that facility. In this, the curb side passenger door was made capable of opening 180° and the nearside part of the partition could be moved forward to accommodate the rearward facing wheelchair in place of the nearside tip-up seat.

In February 1989 the Fairway was introduced. It was fitted with a 2,664 cc Nissan TD27 diesel engine. This made the FX4 a faster and more reliable cab. It had full wheelchair accessibility, in line with a new law that came into force in January 1989. The Fairway was the best version of the FX4 ever built,and enabled LTI to sell to overseas markets, as well as move into provincial UK markets they had not been able to tackle. Much of this increase in sales was due to local authorities insisting on wheelchair accessible cabs being used in their areas.

Between 2011 and 2012 the It's on the Meter expedition drove a heavily modified FX4 43,319.5 miles (69,716.12km) around the world, through more than fifty countries, and set new world records for the longest journey ever by taxi and the highest altitude ever reached by taxi.

As part of a programme to develop a replacement model, AP Lockheed were commissioned to design and develop front disc brakes, and in conjunction, GKN designed a new suspension system to allow disc brakes to be fitted whilst maintaining the mandatory 7.6m turning circle. These modifications were fitted to a new model, the Fairway Driver, which was introduced in February 1992. The very final Fairway made, with registration mark R1 PFX (i.e. RIP FX), was built on 1 October 1997 and was presented to the National Motor Museum at Beaulieu.

Transport for London, (TfL) who had taken over control of the Public Carriage Office ruled that by 2006 all taxis licensed in London should comply with Euro 3 exhaust emission regulations. The Fairway, and for that matter its replacement, the TX1, which used the same Nissan engine only complied with Euro 2, but most proprietors were reluctant to get rid of their very reliable and economical Fairways. In the face of pressure from the trade, TfL allowed different conversions systems to be developed that could be fitted to the Nissan engine to make it comply. These were the STT Emtec Clean Cab turbocharger system and the Van Aaken exhaust gas recirculation system. Only 80 Austin- and Rover-engined cabs remained on the road, which made it uneconomical to develop conversions for them so they were granted an exemption. Although some owners of older Fairways got rid of them, many owners opted to spend almost £2000 having their cabs converted, rather than buy a new or second-hand TXII, which was considered to be very unreliable. In late 2009, only six of the earlier Rover- or Austin-engined cabs remained in service the street, most having covered more than a million miles each. 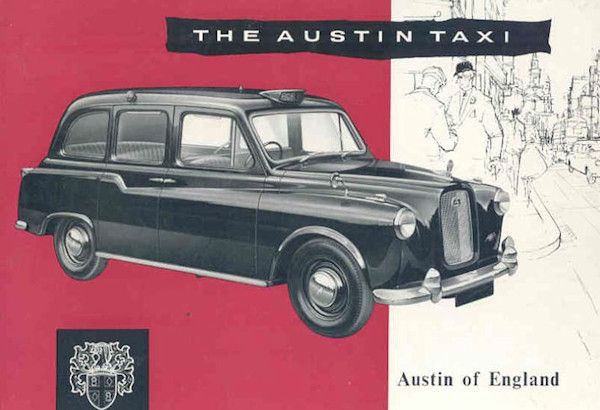 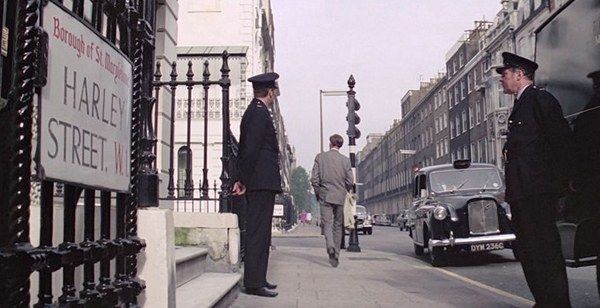