Austin A40 Farina Mark I

The Austin A40 Farina was a compact car introduced by the British Motor Corporation in saloon (1958) and Countryman (1959) versions. Although usually referred to as the A40 Farina, to distinguish it from previous A40 models, it was badged simply as the Austin A40. Unusually for BMC at the time, the body shape was only sold as an Austin; no other marque names were used to badge-engineer it.

The Countryman version was an early example of what became known as a hatchback, combining many of the virtues of a saloon and estate car in one body. There is more headroom for the rear passengers because of the angular instead of curved lines of the roof, while as a two-seater it provides an exceptional amount of luggage space.

The normal luggage boot has a tail board that lets down (the rear window remains fixed) and the space behind the rear seat is usually covered by a vinyl tonneau cover. This can be removed, and the rear seats folded to permit the whole of the back of the car to be used for luggage, though the loading deck achieved was far from being flat.

The design was by Pininfarina of Italy. At a time when Turin auto-design studios were, for the most part, consulted only by builders of expensive "exotic" cars, the manufacturers made much of the car's Italian styling, with both "Pinin" Farina and his son Sergio being present at the car's UK launch. The car appeared as a scaled-down version of the Austin Cambridge and Morris Oxford, but without an extended boot. These cars also were designed by Pininfarina. 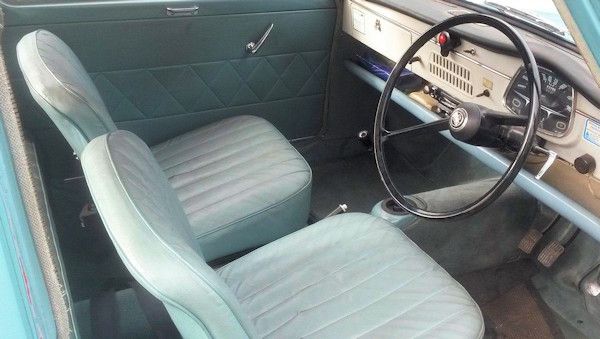 The A40 designation had been used on previous Austins, but the "Farina" suffix was new with this car; it was later applied to larger Austins also styled by Pininfarina.

The Farina name was not used in Sweden, where the car received the name "Futura" because a mix-up with a common type of brown sugar with a similar name was believed to be unavoidable.

Presented as a saloon at the London Motor Show in October 1958 the A40 Farina was intended to replace the Austin A35, from which it inherited much of its running gear, and was a capacious thoroughly modern small car, with a brand new distinctive "two box" shape and headroom in the back seat. It was a saloon, the lower rear panel dropped like a then conventional bootlid, the rear window remaining fixed.

The Countryman hatchback appeared exactly a year later in October 1959, and differed from the saloon in that the rear window was marginally smaller, to allow for a frame that could be lifted up, with its own support, while the lower panel was now flush with the floor and its hinges had been strengthened.It was a very small estate car with a horizontally split tailgate having a top-hinged upper door and bottom-hinged lower door. October 1959 also saw the standardisation on both cars of self-cancelling indicators and the provision of a centre interior light and, in early summer 1960, a flat lid was added over the spare wheel in the rear luggage compartment. 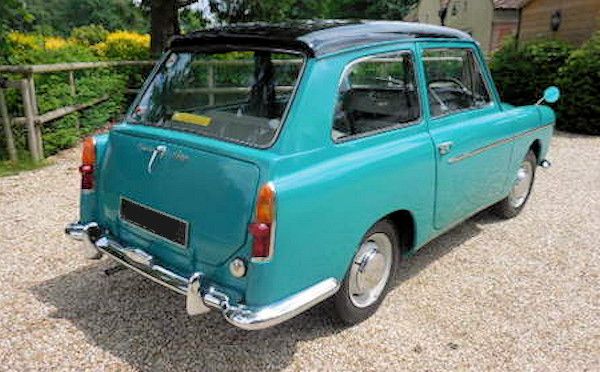 At launch the car shared the 948 cc A-Series straight-4 used in other Austins including its A35 predecessor. The suspension was independent at the front using coil springs with a live axle and semi elliptic leaf springs at the rear. The drum brakes were a hybrid (hydromech) arrangement, hydraulically operated at the front but cable actuated at the rear.The front drums at 8 in (200 mm) were slightly larger than the 7 in (180 mm) rears. Cam and peg steering was fitted.

Individual seats were fitted in the front, with a bench at the rear that could fold down to increase luggage capacity. The trim material was a vinyl treated fabric. Options included a heater, radio, windscreen washers and white-wall tyres. The gearchange lever was floor-mounted with the handbrake between the seats. The door windows were not opened by conventional winders, but pulled up and down using finger grips; a window lock position was on the door handle. 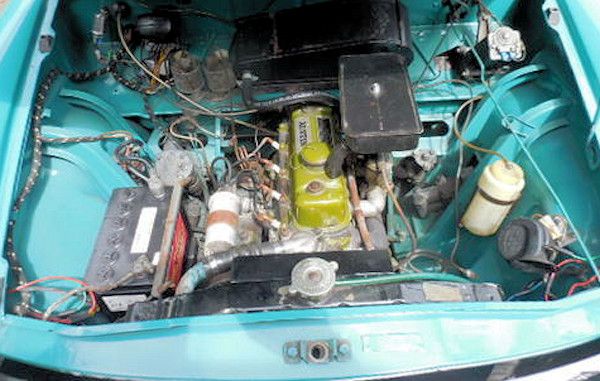 A Austin A40 in the tv series Heartbeat 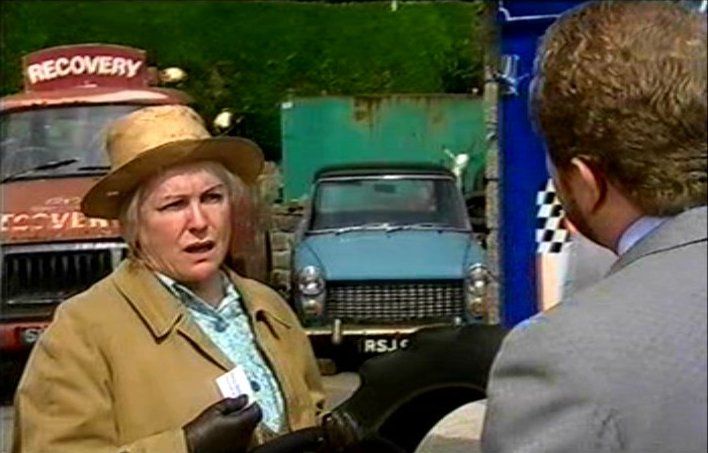