The Austin 8 was a small car made by the Austin Motor Company. Launched 24 February 1939 and produced into the war until 1943, about 9,000 - 9,500 of the wartime Austin models were two-seater military 8AP tourers produced for the armed services and government, and the rest were four light saloons, six light saloons, two and four seater tourers and vans. After World War II, the model was made from 1945 until 1948.

By the late 1930s, sales of Austin's big seller, the Austin 7, were declining and the 1938 addition to the range of the 900 cc "Big 7" did little to fill the demand, as despite its larger engine its suspension and handling were still rooted in its early 1920s origins. A restyled and re-engineered range of cars had started to appear in 1937 with the Cambridge 10 with its much more streamlined look, and following the arrival of Leonard Lord development of a proper 8 hp car was accelerated. First the "new" engine was advertised to be 27HP, but later it was corrected to the same rate as the Big 7, which was 24HP.

The new car, which was displayed to dealers in February 1939, kept the 900 cc, four-cylinder, side-valve engine from the Big 7, now with a higher 6.5:1 compression ratio, but had a completely new chassis. This was halfway to full unitary construction in that the main member was a pressed steel floor pan with a box section welded down each side of the car with three others going across the floor. The body was then bolted to this structure. Suspension was by semi-elliptic leaf springs with hydraulic dampers. 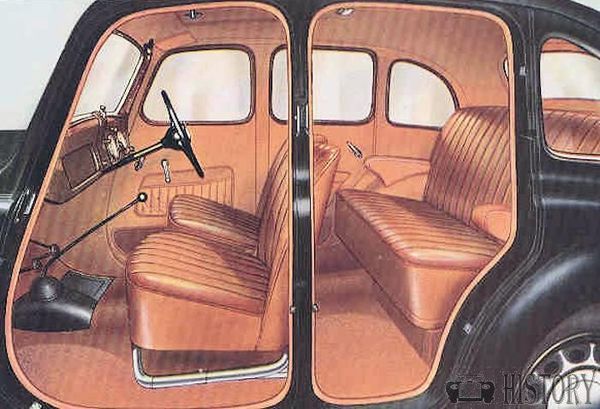 Initially there were four base models of the Austin 8. The model was un-named and known simply by its RAC horsepower rating, plus the prosaic code that would not have been familiar to many outside the industry and trade.

Just before and during the war a special Austin 8 tilly was manufactured, the Austin 8AP Military Tourer. Exact manufacturing numbers are not known but according to several sources the number would have been between 9000 and 9500 vehicles, most of them for Royal Army Service. The Military 8AP Tourer is recognised by, vertical louvres in the side bonnet plates of the car instead of horizontal ones, woodwork on the lower part of the windscreen, oil filled air filter, key-less ignition switch, closed wheels instead of pressed spoke wheels, pressed steel grille instead of sectioned casted grille, two seaters only. Please take care of these details, because some civilian cars have been transformed to military vehicles, where these detials will indicate its civilian background. You will also find many Austin Tilly Eight saloons in military trim, but these are most probably non original transformations. There are no indications that the saloons were specially made for the armed forces. 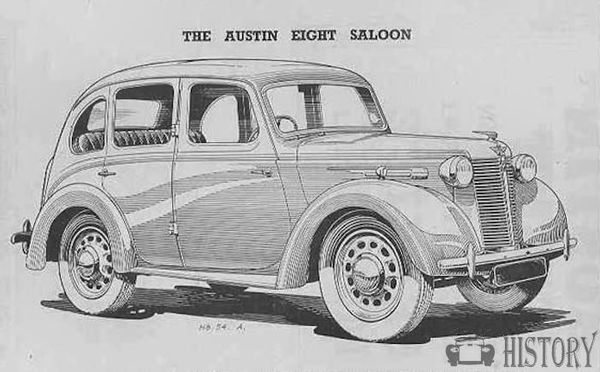 After the war the Austin 8 was manufactured in a slightly different way than the pre-war Eights. The main differences were: steering wheel, chrome plated head lights instead of spray painted ones, horizontal air filter instead of vertical air filter, over riders on the bumpers, full back bumper instead of quarter ones, trunk handle, moveable licence plate carrier on the trunk lid, cast steel gear box in stead of aluminium one. Only two models were available after the war, the six light saloon and the van. The tourer and the four light saloon were no longer available.

In an attempt to establish an Australian motor industry after World War I, the Australian Government imposed a tax on imported cars. However, an imported chassis attracted minimal tax, and as a result Australian coach-builders imported rolling chassis to which they fitted custom-built bodies.

The largest and best of these companies known for the Austin 8 were: Ruskin, Larke Hoskins, Holden GM and Richards. The Larke Hoskins Austin Eights were called Austin Wasp and were build both as tourer and saloon. There are even Austin 8 two door Doctor's Coupes know manufactured by Ruskin. The Richards Tourers are recognised by a curved cease in the door panels. Holden GM eights were at least build in 1940/1941/1942 as Austin 8 saloon and Austin 8 saloon Melbourne model.

Post war Australian Austin Eights were therefore manufactured also as tourer, where in UK this model was not manufactured anymore. The Australian Tourers are slightly difference from their original. The front window and seats are the first changes you will recognise and even Austin Eight Tourers provided with a trunk lid are known, a nice addition which was missing on the original pre war uk tourers. 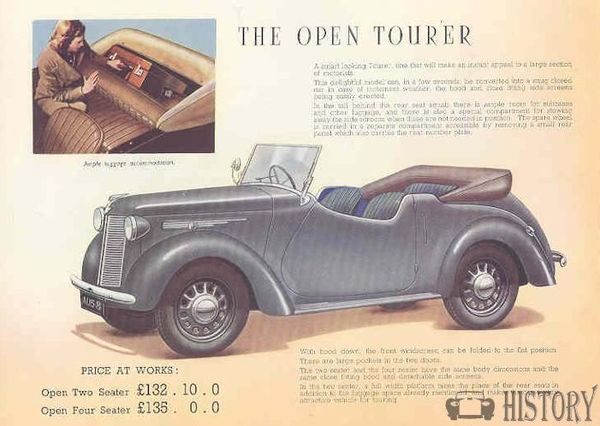 Both post war and pre war Austin Eights export models were manufactured. The Austin Eights were available for the European market as LHD. All other details of the cars were un-changed. The pre war export models for the US market were delivered LHD as well. At least some of the US export models were provided with the closed pressed wheels in stead of the pressed spoke wheels used for the cars for the home market. The pressed wheels were of the same model as fitted on the Austin 8AP tourer models and had the same wheel discs as the military ones, although the civilian US wheel discs were chrome plated. There is not much known about the US and EU LHD export models and there are not much left in existence.

The following amount of Eights were manufactured in the following production years (August-July): 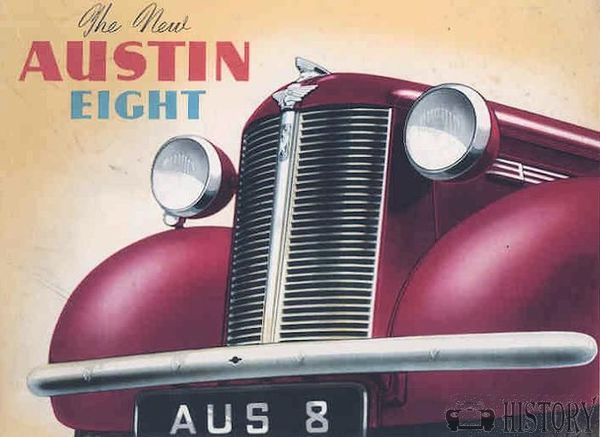