The Rambler was the focus of AMC's management strategy under the leadership of George W. Romney. American Motors designed and built some of the most fuel-efficient, best-styled and well-made cars of the 1950s and 1960s. Their compact cars (for the era) helped AMC to achieve sales and corporate profit successes. In 1961, the Rambler marque ranked in third place among domestic automobile sales.

Ramblers were available in two sizes and built on different automobile platforms. The larger-sized Rambler series was based on a 1956 design and was renamed as the Classic for the 1961 model year to help create a stronger individual identity and contrast from the smaller Rambler American line. American Motor's Edmund E. Anderson designed the new 108-inch (2,743 mm) wheelbase Ramblers "that looked new and fresh, but were in fact inexpensive reskinned models."

The 1961 Classic featured a new front end with a one-piece, rectangular extruded-aluminum grille, new fenders, hood, sculptured door panels, and side trim, as well as one-piece bumpers. Models included the Deluxe, the Super, and the Custom (featuring bucket seats in a four-door sedan). The suggested retail price for the basic Deluxe four-door sedan was US$2,098 and was only $339 more for a station wagon.

American Motors "defied the detractors" with its emphasis on economical and compact-sized cars achieving a sales total of 370,600 vehicles in 1961, "lifting the Rambler to an unprecedented third place in the charts behind Chevrolet and Ford" 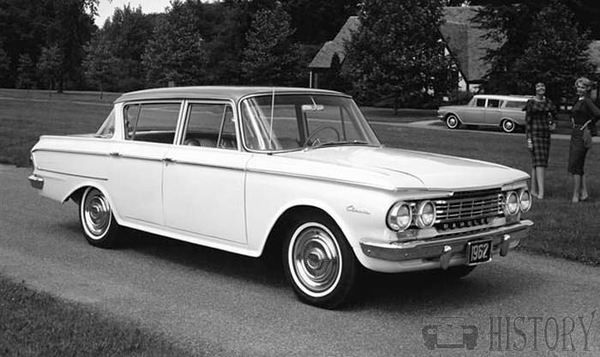 For the 1962 model year, the Super models were dropped and replaced by a 400 model. Also for 1962, AMC's flagship Ambassador models were shortened to the same 108-inch (2,700 mm) wheelbase as the Classic's at the same time as the V8 engine was no longer available in the Classic models. This meant the Ambassador models were the only models with V8s in the AMC lineup. The two-door sedan bodystyle Rambler Classic was a unique one year offering for 1962.

The front grille was modified for 1962, but the free-standing Rambler lettering in the lower center remained. The revised rear end received new round tail lamps, while the previous tailfins were "shaved off". Rambler was one of the last cars to incorporate the tail fin design and became one of the first to "do away with them, and to build clean, simple, uncluttered cars." The back door upper window points were also rounded off for 1962.

Starting in 1962, AMC took a leadership role with safer brake systems in all Ramblers featuring twin-circuit brakes, a design offered by only a few cars at that time Classics with an automatic transmission continued to use push-buttons mounted on the left side of the dashboard with a separate sliding pull tab for the "park" position. The cast-iron block six-cylinder engine was standard on Deluxe and Custom models with the aluminum version optional. The 400 received the aluminum block, but the cast-iron was a no cost option. Other improvements for 1962 included a price cut of $176 on the popular Custom Classic sedan.

The popularity of the compact-sized Classic continued in the face of a dozen new competitors. Sales of the 1962 model year Classics increased by over 56,000 in the first six months compared to the same period in 1961. A Popular Mechanics nationwide survey of owners that had driven a total of 1,227,553 miles (1,975,555 km) revealed that the Rambler is likeable, easy handling, providing stability and comfortable, roomy ride with low-cost operation. Flaws included inadequate power and poor workmanship.

American Motors highlighted the Rambler Centaur at the 1962 Chicago Auto Show on a raised platform in the center of automaker's exhibit area. The car was based on a two-door sedan that did "not look remarkably different from regular production models."

Starting in 1959, Purdy Motor, owned by Xavier Quirós Oreamuno, distributed Rambler vehicles in Costa Rica. Many Central and South American nations established local content regulations during the 1960s. These laws effectively required automobiles sold in those markets to be assembled locally from knock-down kits. A new company, ECASA was established in 1964 by Oreamuno, and by September 1965, the first vehicle to be built in Costa Rica was a 1964 Rambler Classic 660 that still exists. The company assembled Rambler Classics and other AMC models through 1970, as well as Toyota's Corona and Land Cruiser. By 1973, Toyota acquired 20% of ECASA. 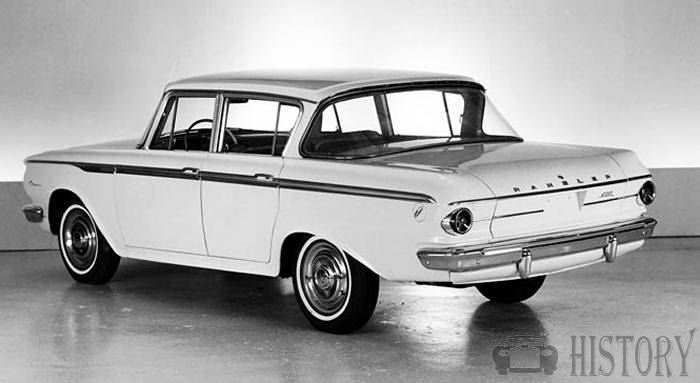