For the 1963 model year, the Rambler Classic line was completely redesigned with subtle body sculpturing. Outgoing design director, Edmund E. Anderson, shaped the Classic that was named Motor Trend magazine's 1963 "Car of the Year." These were also the first AMC models that were influenced by Richard A. Teague, the company's new principal designer. He "turned these economical cars into smooth, streamlined beauties with tons of options and V-8 pep."

Being of a suitable size for international markets, this Rambler was assembled in a number of countries. In Europe, Renault built this car in their Haren, Belgium plant and marketed it as a luxury car, filling the gap above the tiny Renault Dauphine.

The 1963 Classics were also the first all-new cars developed by AMC since 1956. Keeping the philosophy of the company, they were more compact - shorter and narrower by one inch (25 mm), as well as over two inches (56 mm) lower - than the preceding models; but lost none of their "family-sized" passenger room or luggage capacity featuring a longer 112-inch (2,845 mm) wheelbase. 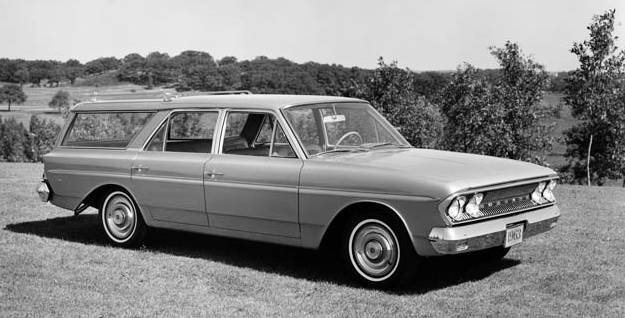 The new AMC cars incorporated numerous engineering solutions. Among these was curved side glass, one of the earliest popular-priced cars with this feature. Another engineering breakthrough was combining separate parts in the monocoque (unit construction) body into single stampings. One example was the "uniside" door surround that was made from a single stamping of steel. Not only did it replace 52 parts and reduce weight and assembly costs, it also increased structural rigidity and provided for better fitting of the doors.

American Motors' imaginative engineering prompted Motor Trend magazine to give the Classic - and the similar Ambassador models - their Car of the Year award for 1963. Motor Trend's "award is based on pure progress in design, we like to make sure the car is also worthy of the title in the critical areas of performance, dependability, value, and potential buyer satisfaction." 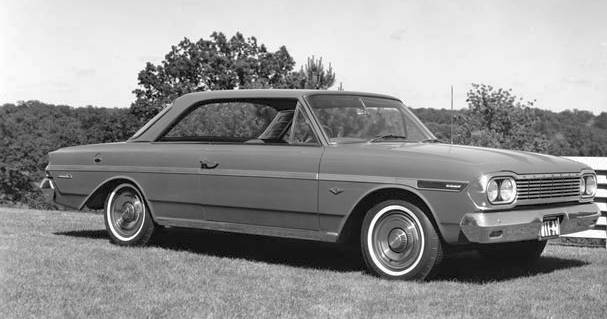 The 1964 model year Classics, were refined with stainless steel rocker moldings, a flush single-plane aluminum grille replacing the previous year's deep concave design, and oval tail-lamps replacing the flush mounted lenses of the 1963's. Classics with bucket seats and V8 engine could be ordered with a new "Shift-Command" three-speed automatic transmission mounted on the center console that could be shifted manually.

A new two-door model joined the line only available in the top 770 trim. The pillar-less hardtop offered a large glass area, and "its sales were brisk."A sporty 770-H version featured individually adjustable reclining bucket seats, as well as center a console. Consumers continued to perceive Ramblers as economy cars and the six-cylinder models outsold V8-powered versions.

Production of this commemorative model was limited to 2,520 units and it was only available in a two-tone Solar Yellow body with a Classic Black roof, and a sporty all-vinyl interior for US$2,509 The car also featured a distinctive "Typhoon" script in place of the usual "Classic" name insignia, as well as a unique grille with black out accents. All other AMC options (except engine choices and colors) were available on the Typhoon.

The engine became the mainstay six-cylinder engine for AMC and Jeep vehicles. It was produced, albeit in a modified form, up until 2006. The 232 I6 engine's name was soon changed to "Torque Command", with Typhoon to describe AMC's new line of V8s introduced in 1966.

The 1964 Chicago Auto Show was used by AMC to exhibit the Rambler Cheyenne in a viewing area made from knotty pine planks.The show car was based on the top-of-the-line Classic Cross Country station wagon finished in white highlighting its full-length gold-tone anodized aluminum trim along the upper part of the bodysides (replacing the side spear that was standard on 770 models) as well as matching gold trim on the lower part of the tailgate between the tail-lights. 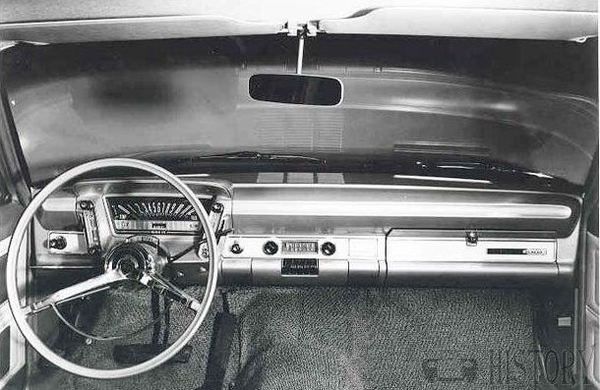 Willys Mexicana S.A. had agreements with AMC to assemble the compact Rambler American models and began preparing for the introduction of the larger Rambler Classic to the Mexican market in 1963. During this time the automaker became Vehiculos Automotores Mexicanos (VAM). This coincided with the launch of the second generation of the U.S. Classic, and the VAM Classic became the second AMC product made by VAM in Mexico. The new model was focused as the luxury companion to the Rambler American compact line and as VAM's flagship automobile. A major marketing campaign by VAM promoted the model using Motor Trend's Car of the Year award as an asset. The VAM Rambler Classic was a success among consumers and the automotive press; obtaining praise for the car's roominess, comfort, beauty of styling, advanced engineering, as well as its economy and value.

For 1964, the VAM Rambler Classic incorporating the new styling touches from its American Motors counterpart. The two-barrel 138 hp version of the 195.6 six became standard.

Industrias Kaiser Argentina (IKA) produced Rambler Classics in Córdoba, Argentina from 1962 to 1971. All were powered by the 3.77 L (230 cu in) overhead camshaft (OHC) straight-six "Tornado Interpector" engines that were originally developed by Kaiser Motors in the U.S. for the 1963 Jeep Gladiator pickups and Wagoneer vehicles. This engine was later produced in Argentina and increased the domestic (local sourced) content of the automobiles to gain tariff concessions for the imported components from AMC. In 1963, the best-selling model in Argentina was the IKA Rambler. A road test of an IKA Rambler Classic 660 by Revista Parabrisas noted the significant differences to the previous version, noting the stylized simple lines and more fluid design, as well as concluding that it is a large and comfortable ride for both the city and touring, as well as - depending on the driver - can be sporty. 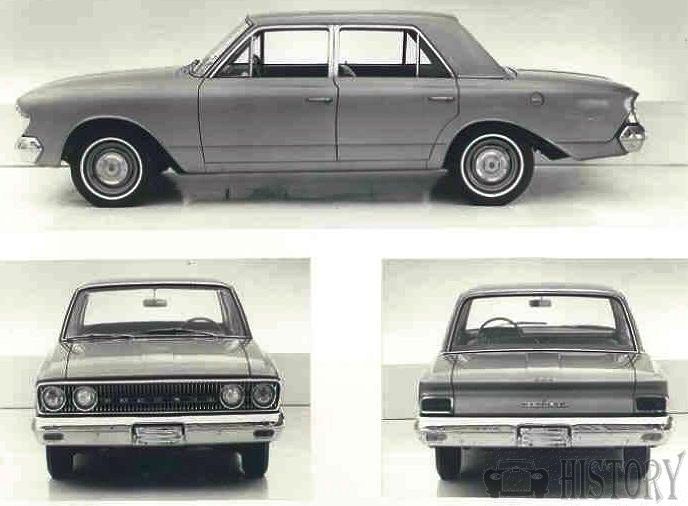