The AEC Regent MkV was introduced in 1954, and during its years of production a number of variations have been available, Originally designed as a 27ft long model, it had a wheelbase of 16ft 4in, a 30ft long version with 18ft 7in wheelbase being introduced in 1956.

Although generally built with a wide bonnet of the so called 'new look' style, exposed radiators were available as an option until 1960. Two different engines were offered, one being an AEC 9.64 litre 6-cylinder oil engine whilst the other was a new AEC 7.685 litre 6-cylinder unit given model number A470.

A choice of transmission was also given with either a single plate clutch and 4-speed synchromesh gearbox or fluid flywheel and 4-speed electro-pneumatic direct acting epicyclic gearbox. Further alternatives involved the braking system which could be air pressure operated or of the triple vacuum servo type.

All chassis were offered as 8ft wide, although 7ft 6in models were available to meet customers special requirements. The Regent V continued in production until 1969. 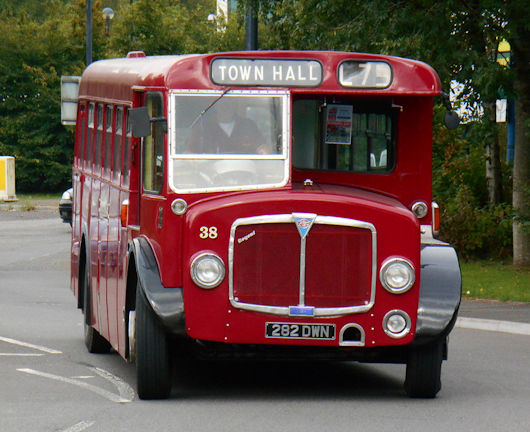