At the start the same motors are used on the drive side as in the larger XC90. The new XC60 is available with all-wheel drive and 8-speed automatic transmission, but the lower-performance versions also come with front-wheel drive and manual transmission. Performance-enhanced “Polestar” versions have been available since December 2018 at an additional cost. Stars in the Euro NCAP Crash Test 5 out of 5 stars

The SPA has been designed to guarantee an increase in the safety standards that the Swedish brand usually adheres to; in fact, this platform favours the implementation of systems and technologies (radar, sensors, cameras) that favour level 2 autonomous driving.

The Volvo XC60 is available at first in 3 main configurations, each of which is designed to satisfy a specific category of customers:

Momentum: basic equipment equipped with many safety features right from the start, available in the business plus version with senses connect navigation system.

R-Design: the sportiest version of the entire range with purely sporty accessories. 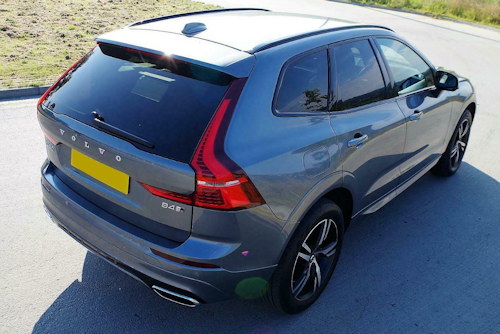