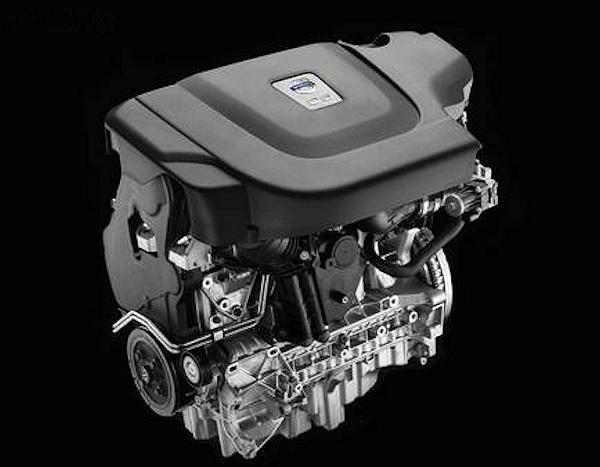 The Volvo D5 is a type of turbocharged diesel engine developed by Volvo Car Corporation for use in its passenger cars.

It is an all aluminium five-cylinder engine with 20 valves and double overhead camshafts. In all but one late version it has a VGT turbocharger of the type VNT (Variable Nozzle Turbine), common rail direct injection and cooled exhaust gas recirculation.

Volvo has a special version of the D5 for use in the C30, S40, V50 and C70 models that produces 180 hp and 400 Nm of torque (reduced to 350 Nm with automatic transmission). The engine compartments of these cars are smaller so among other things the engine has a different air intake system, different exhaust system, smaller charge air cooler and a smaller radiator.

The D5244T is also offered as a marine engine by Volvo Penta under the name D3. The marinised engine is in large parts identical to D5244T. This includes crankshaft, pistons, camshafts, valves, cylinder block, cylinder head, turbo, injectors and the high pressure pump. The D3 ECU has a modified software, which e.g. gives a modified torque suited for marine applications and has a simplified starting sequence. The hardware differences between D5244T and D3 are: a water-cooled inter-cooler, a water-cooled exhaust manifold, a heavier monolithic crankwheel, a seawater-pump and a heat exchanger. The output is 110 hp (82 kW) at 3,000 rpm, 130 hp, 160 hp, 190 hp, 220 hp (160 kW) at 4,000 rpm and it is coupled to a duoprop I/O system.