The Opel Ascona B  also as the Vauxhall Cavalier Mk1 in the UK is a mid- size sedan from Opel, and was presented in September 1975. This was the successor to the built in November 1970 Ascona A and the last Ascona on the GM-H platform with rear-wheel drive .

The Ascona B has also been sold in the UK and other countries (eg Sweden ) as Vauxhall Cavalier . This model was equipped with the front of the Opel Manta B and thus had an independent appearance. The Cavalier ran in the General Motors factory Antwerp, later in the Vauxhall factory in Luton, England from the band, and was available from August 1977 with the 1256 cc four-cylinder engine developed by Vauxhall.

In South Africa, the Chevrolet Chevair visually equivalent to the Cavalier was offered from November 1976 with 56.5 and 63 kW strong (77 and 86 hp) 2.0 and 2.3-liter four-cylinders. From July 1978, there was also the Chevrolet Ascona, which outwardly resembled the German Ascona, but was equipped with a 1256-cc four-cylinder from the Vauxhall Viva with 40 or 42 kW (54 or 57 hp). 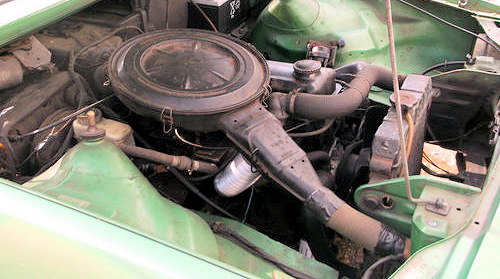 The Opel Ascona B had the same technology as the Opel Manta B coupe presented at the same time .The two- or four-door sedan was made in Bochum and Antwerp , a combined version ("Caravan") as the Ascona A did not exist. In the UK , the type was offered as a right-hand drive with a Manta B equivalent front end under the name Vauxhall Cavalier Mk. 1 . In South Africa , the model was as Chevrolet Ascona and Chevrolet Chevair on the market.

The successor to the Ascona A presented at the IAA in 1975 differed from its predecessor by a smoother look. The Opel Ascona was only available as a two- and four-door sedan, with a combination variant (as it was still available on the previous model) was now waived.

Initially, there was the type with the well-known from the predecessor four-cylinder in-line engines, but partly made a little less because of more stringent exhaust gas regulations. The petrol engine had 1.2 to 2.0 liters of displacement 44 to 81 kW (60 to 110 hp) and the two-liter diesel came to 43 kW (58 hp). In addition, there was the Ascona SR a sporty-inspired equipment line in the program, but only with 1.6-liter, 1.9-liter and 2.0-liter engine.

The Ascona B was visibly more spacious designed than the Ascona A, which was originally designed as a successor to the Cadet B and was placed in the course of its development as a new mid-range series on the market. The wheelbase was extended by 8.8 cm, the body grew by 20 cm in length and 4 cm in width, it was half a centimeter lower. The appearance of the Ascona B corresponds to the Opel design of the 1970s with smooth body and large glass areas and the Rekord D and the Kadett C.

For the first time there was a new 2.0-liter diesel Opel engine with 43 kW (58 hp) for the Ascona from September 1978, which was also available with automatic transmission. Similar to the record E, the diesel required a characteristic hump on the bonnet because the engine was slightly higher. The 1.6 S fell in the summer of 1977 from the program. All models had now as standard an electric windscreen washer.

In February 1979, the models 1.3 N with 44 kW (60 hp) and 1.3 S with 55 kW (75 hp) were added. These had newly developed engines with Alloy - Crossflow Cylinder Head and Overhead Camshaft (OHC). They replaced the technically outdated OHV engine, which had been developed for the Opel Kadett A in the late 1950s. The mixture preparation of the 1.3 S took over as a 2.0 N and 2.0 S a downdraft register carburetor GMF Varajet II (Varajet - "Variable Nozzle") from the French GM production, the 1.3 N still had the Solex PDSI from the OHV or normal petrol models.

In August 1979 slight detail changes were made. The Ascona got a grille with larger air intake slots and bumpers with black plastic sheathing instead of the previous made of chromed steel with rubber strip.From January 1980, the 2.0 E-CIH engine (E stands for the L-Jetronic injection from Bosch) with 81 kW (110 hp) already introduced in August 1977 for the Manta and Rekord E models was also available for the Ascona , In January 1981, Opel deleted the engines 1.9 N and 2.0 N from the engine range.In August 1981, the production ended in favor of a front-wheel drive upgraded successor the Opel Ascona C . 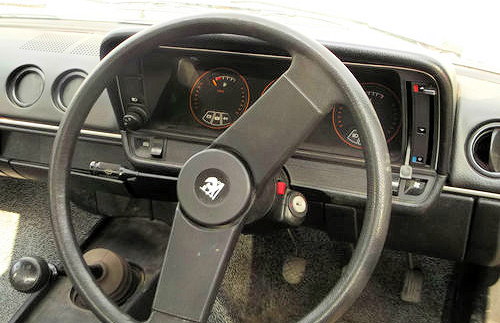 From August 1979 the Ascona 400  was at the rally a special sports version of Opel Three achievements. The number required for homologation flowed into the name: Ascona 400. With the type Walter Röhrl won the 1982 World Rally Championship . The car had a Getrag five- speed gearbox; the rear central joint axis was replaced by the rigid axle used in the record or Commodorewith four pairs of equally long trailing arms and Panhard rod . There were several tuning kits in different power levels, called Phase I to III. The basic engine formed a 106 kW (144 hp) 2.4-liter, four-valve cross-flow - the cylinder head . The suspension was also revised at the Ascona 400.

Another sporty model was the Ascona i2000, built in 1979 in cooperation with the company Irmscher Automobilbau , which could be equipped with a dual carburettor system on request and at extra cost. As a result, the power increased from 74 kW (100 hp)  to 88 kW (120 hp). The model was based on the 2.0 SR, had front ventilated disc brakes and was delivered only in yellow / white.