Automotive manufacturer of Santa Ana , California.United States from 1974 to 1991.

Manta Cars Inc. was an American manufacturer of kit cars and automobiles .

The company was founded on May 21, 1974 in Santa Ana , California . owners were the brothers Brad and Tim Lovette . They made automobiles and kit cars . The brand name was Manta . After the death of Brad Lovette, Craig Shirey became the partner of Tim Lovette. 1991, production ended.  Overall, developed over 750 vehicles.

Warp Five continued to produce some models under their own name.

The first model was the Mirage . The vehicle in the style of a CanAm race car could accommodate two people. The base formed a tubular steel frame. A V8 engine was mounted behind the mid-engine seats and powered the rear wheels. The engine came in most cases from Chevrolet , rarely from Buick or Ford . The front suspension was taken over by the VW Beetle.

About 1976 followed the assembly . This replica of the 1969 McLaren M6 GT was based on a chassis from the VW Beetle. The Montage T  had a steel frame and more powerful engines. Named are four-cylinder engines from the VW Scirocco and V6 engines from General Motors . The last model was the replica of a Corvette C1 of 1955. 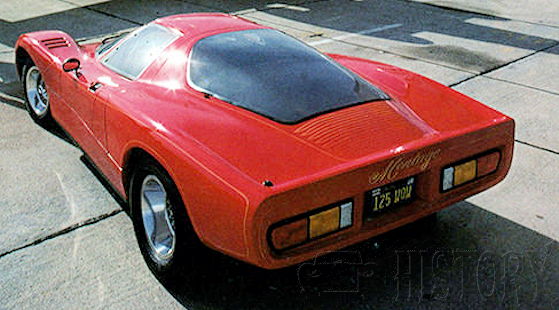