Automotive manufacturer of vehicles  Sacramento, California;USA From 1951 to 1960. 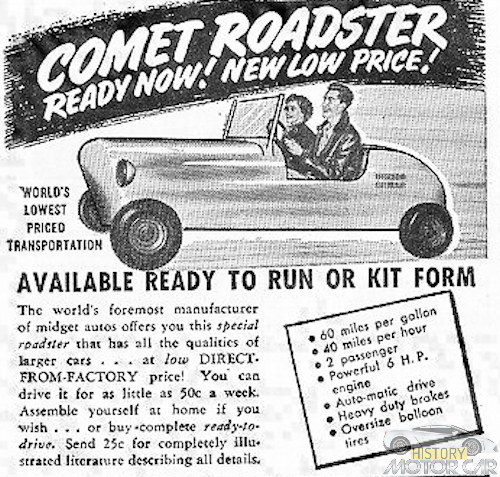 The Comet Motor Inc. was an American automaker of small cars, which was built from 1951 to around 1960 in Sacramento (California) USA.

Company founder was Howard Saxon with a car claimed to be the worlds lowest priced transport .At first, tiny monoposto racing cars were built. There was also an open two-seater street legal avalable as a kit or pre built. The drive had a motor with 6 bhp (4.4 kW) was used with a 40mph top speed and a good 60 miles to the gallon range and auto gearbox. From the two-seat Comet emerged 30 pieces in nine years.