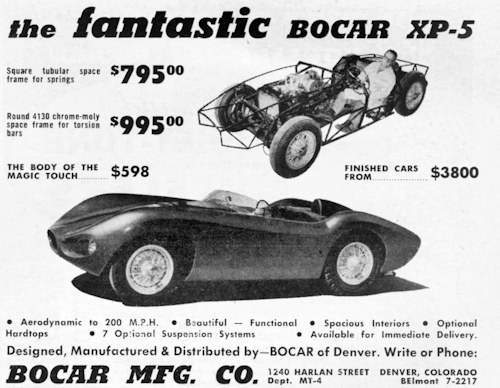 The Bocar Manufacturing Company was an American automaker of sports cars. The brand name was Bocar.

The company from Denver in Colorado produced sports automobiles between 1958 and 1962 .The vehicles were available in both kit or assembled form under the direction of Bob Carnes. The vehicles were intended for track use.The range was from XP-1 to XP-6

In 1958, the model XP-4, a super sports car with tubular frame chassis and two-seater GFK - Roadster body. The wheelbase was 2286 mm. Engine was a V8 engine of the Chevrolet Corvette with 4638 cc displacement. On request, a V8 engine from Pontiac with 6063 cc capacity could be installed the engines placed far behind the front axle to help with weight distribution for racing.

In 1960, XP-6. The wheelbase had grown again compared to the predecessor models, namely at 2642 mm. The Corvette engine had received a compressor and its power grew at constant displacement to 400 bhp (294 kW). The car cost from  $8700 built.

A fire destroyed the factory in 1962 that ended production. 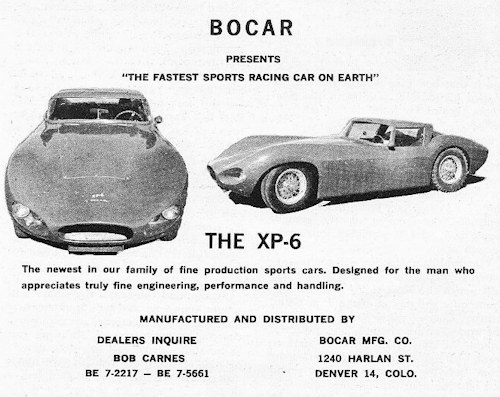