Automotive manufacturer of United States of America from 1900 to 1918. 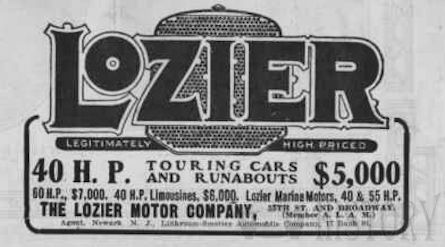 The Lozier Motor Company was an American bicycle and automobile manufacturer. The company manufactured luxury cars and was located in 1900-1910 in Plattsburgh (New York) and 1910-1918 in Detroit (Michigan) .

The company was founded by Henry Abraham Lozier from Indiana as Henry A. Lozier and Company in Cleveland ( Ohio). It made sewing machines and bicycles . The latter were sold under the Cleveland brand name and have been very successful. At the height of the bicycle boom, Lozier began to look for other products. Plant manager George R. Burwell and engineer John G. Perrin proposed internal combustion engines. Under Burwell's guidance, a development team was founded, including bicycle mechanic Frederick C. Chandlerbelonged. In 1898 they experimented with a steam car on the Serpollet principle and constructed a similar to the Rochet - motor tricycle vehicle with De Dion Bouton - single-cylinder engine . It is possible that even Harry A. Lozier , the son of the company founder, part of this development. One of the first engines powered a motorboat that successfully completed a Cleveland test drive across the Erie Canal and the Hudson River to Plattsburgh on Lake Champlain , where new production facilities were planned. At that time, the company name was changed to Lozier Manufacturing Company .ABC and the Cleveland Three-Wheeler A production of 100 tricycles has been prepared. In 1898  Henry Lozier sold the four-factory distributed bicycle production (including in Toledo, Ohio ) for four million US $ - and with great profit - to the American Bicycle Company (ABC) of Albert Augustus Pope in Hartford, Connecticut , the largest bicycle manufacturer in the United States. Part of the deal were rights and existing components on the motor tricycle , which was presented in January 1900 at the annual bicycle exhibition in New York's Madison Square Garden .It was manufactured by the ABC as Cleveland Three-Wheeler at the Lozier-based Cleveland site from 1900 to 1901 . About 100 were built. 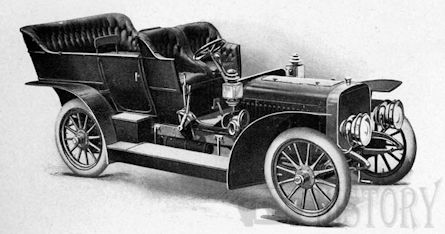 In 1901, two more prototypes were created, one with steam and one with gasoline. Burwell was not convinced of the result. In 1902 he sent the engineer JM Whitbeckto Europe with the task to inform himself about the state of the art. The following January, John Perrin left the company. Unofficially, however, he remained connected to him; Burwell paid his wages and expenses. But Perrin looked at the importers of foreign models on the East Coast and reported on technical details. As the wealthy photographer and businessman James L. Breese breaks down his Mercedes Burwell offered him a free repair. Of course, on this occasion he examined the advanced technical solutions of the German vehicle. In May 1903 Henry Lozier died and Harry took over the company entirely. Whitbeck brought detailed drawings of vehicles leading manufacturer like Mercedes-Benz, Mors , Charron , Darracq and CGV

In 1905, at the New York Auto Show in Madison Square Garden, the first own car was introduced, which had been largely developed by John Perrin. Lozier were luxury cars and included brands like Alco , Pierce-Arrow , Locomobile , Cunningham , Chadwick , simplex or Thomas for a time the most expensive, available in the US cars. In 1910, the models were offered at prices between US $ 4600 and US $ 7750. In the same year there was a Cadillac for US $ 1600 and a Packardfor US $ 3,200. The Americans' average annual salary at that time was around US $ 750.-, a Ford Model T Touring cost $ 1910 US $ 950 ; a price that was to halve by the end of 1916.

As early as 1909, a group of investors around the Detroit Athletic Club and Harry M. Jewett , who already controlled the Paige-Detroit Motor Car Company , with a financing offer to Harry Lozier. Like Packard's successful business model, the new investors wanted to invest in Lozier and increase production. After initial hesitation and under the assurance of a 51% majority, Lozier agreed in February 1910. The new co-owners organized $ 2 million in capital, half of which they contributed and half of which were raised on the New York Stock Exchange . The architect Albert Kahn was building a new factory on Mack Avenuecommissioned in Detroit. She was moved in 1911. Kahn had previously built the Packard factory in Detroit as the first production facility in reinforced concrete construction.

Burwell retired at this time; Successor as chief engineer was George Perrin. Frederick Chandler also joined the company. After a time in Hamburg as a representative of the brand in Germany, he became sales manager at Lozier. However, it soon became apparent that the views of investors and senior management teamed less and less together. With the emergence of new car manufacturers Lozier also came under more and more pressure. In July 1912 Harry Lozier had to leave.  Frederick Chandler left in 1913 with four officers, including Whitbeck, the company and started his own company, the Chandler Motor Car Company, which produced similar cars as Lozier, but at a much lower price. Chandler took many executives from Lozier, a bloodletting from which Lozier never recovered. Perrin would also like to have gone, but was contractually tied to Lozier until 1915. Jewett appointed Joseph M. Gilbert as the new Managing Director. 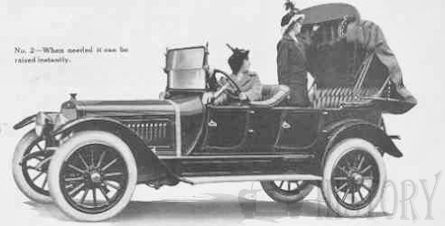 Lozier wanted to save himself with vehicles of the middle class and offered 1914 a constructed by Perrin four-cylinder car for US $ 2000. This Model 84 was not successful in sales and the financial situation of the company deteriorated constantly. The move to smaller facilities did not help either. After an unsuccessful merger attempt with Ford , the company had 1915 bankruptcy login.

Because of its small market segment only a few thousand Loziers were manufactured during the short existence of the company. 1912 was the best year with 600 vehicles.

Until 1918, various bankruptcy administrators were still maintaining production (5 cars a day), then the company finally closed its doors.

In 1911, a Lozier was reported at the first Indianapolis 500 race. The car with Ralph Mulford as driver finished after a controversial decision of the race management the second place behind Ray Harroun with his Marmon Wasp , but many spectators said that Mulfords Lozier had actually won the race. On March 19 of the same year, Lozier's announcement proclaimed that a 51 bhp (37.5 kW) model 51 driven by Teddy Tetzlaff would have set a world record over 100 miles (161 km) in 1:14:29 h , Mulford was named AAA Champion of the Year in 1911. 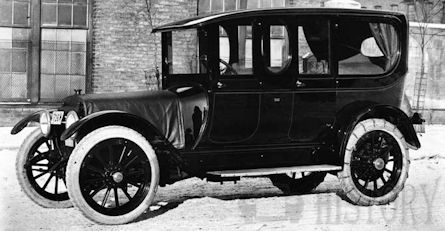