American Automotive manufacturer Indiana, From 1905 to 1924 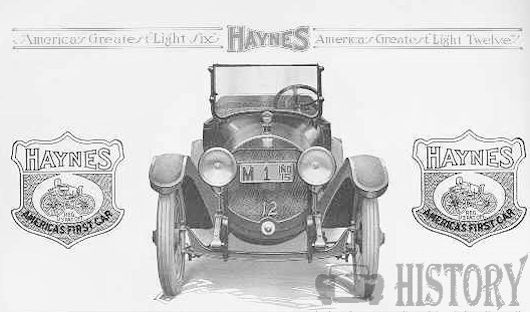 The Haynes Automobile Company was a United States automobile manufacturing company which produced automobiles in Kokomo, Indiana, from 1905 to 1924. 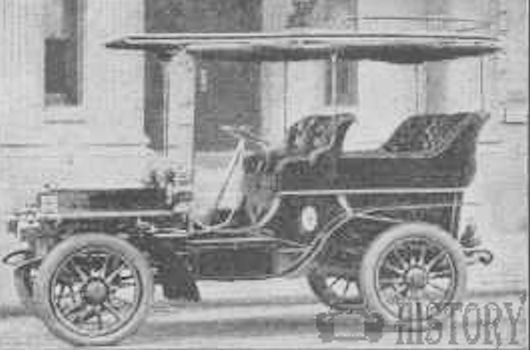 The company was formerly known as the Haynes-Apperson company which produced automobiles under that name from 1896-1905. Co-founder Elwood Haynes changed the name of the company after fellow co-founders Elmer and Edgar Apperson left to form the Apperson Brothers Automobile Company in 1901. The company was declared bankrupt in 1924 and went out of business in 1925. 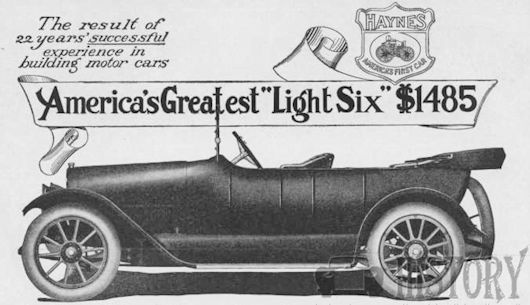 New for 1914, Haynes started offering their 55 hp "Light Six" at $1485, ads boasted it was "The result of 22 years successful experience in building motor cars." Haynes also proclaimed it "Americas greatest light six", that it "will travel 22 to 25 miles on one gallon of gas" and "has more than 1 horsepower to every 55 pounds of weight." 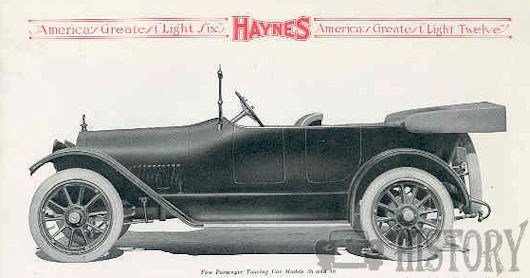 In 1923, just before going out of business, Haynes introduced the 57 and 77, with a 121-inch (3073 mm) wheelbase, in five-seat four-door sedan, three-seat coupelet, and two-seat roadster, advertised as complete with front and rear bumpers, six disc (as opposed to wire) wheels, wind wings, sun visors, "artistically fashioned individual steps" (for the running boards), and "individual fenders".