Zimmer is the name of a U.S. neo-classic automaker, based in Syracuse, New York. The company was founded in 1978 as Zimmer Motorcars Corporation by Paul Zimmer and failed shortly after his divorce in 1988. Paul Zimmer died in October 2005 in Boynton Beach, Florida.

Art Zimmer purchased the rights to the company in 1997 and established the Art Zimmer Neo-Classic Motor Car Company which currently builds 10 to 20 automobiles plus 10 to 20 fully custom 4-door dually Silverado trucks each year. 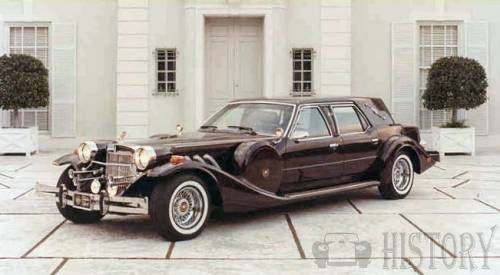 Zimmer Motorcars Corporation was established in 1978 as a manufacturer of neo-classic automobiles.

The idea for this automobile was initially drawn on a napkin at a private dinner between Paul Zimmer, Chairman and President of Zimmer Corporation and Bob Zimmer, Paul Zimmer's son, employee and shareholder of the company.

Paul Zimmer drew what was to become the Golden Spirit on a napkin, handed it to Bob Zimmer and told him that not only were we going to build a neo-classic automobile, but that the younger Zimmer would be responsible for all functions of the operation and ongoing supervision of Zimmer Motorcars Corporation. Bob Zimmer became the company's President.

At its peak in the 1980s, Zimmer Motorcars Corporation employed 175 people and generated $25 million in annual revenue.

The Zimmer Golden Spirit was the flagship of the Zimmer Motorcars Corporation with more than 1,500 produced during its production run from 1978 to 1988. The original Golden Spirit was built using a Mercury Cougar chassis and drivetrain. With the discontinuation of the rear-wheel-drive Cougar, the Golden Spirit transitioned to utilizing the Ford Mustang in 1999.

The second Zimmer Motorcars Corporation offering was the mid-engined Pontiac Fiero-based Quicksilver which was built between 1984 and 1988.

Both models were built in the same factory in Pompano Beach, Florida on simultaneous production lines between the years 1980 to 1988 Ford supplied new Mustangs, these were then modified by stretching the frame for a longer wheelbase and modifying the bodywork etc. The Mustang VIN number was retained as it met all the required US safety features at the time.

In 1988, Bob Zimmer sold his shares in the company and purchased an automobile dealership. Shortly after that, Paul Zimmer suffered a major heart attack, required a triple bypass and lost the energy, creativity and stamina that had been his trademark throughout the years. At that time a group of employees and members of the Board of Directors attempted to direct the operation of the company and were not able to navigate such a large entity during a difficult economy and the loss of the company's most important and influential member.

Zimmer Corporation fell into serious economic distress and the $325 million a year parent company was forced into bankruptcy, taking down with it all of its operating divisions, including the highly successful and profitable $25 million a year car company.

In September 1996, Art Zimmer, (who is no relation to the original Zimmer family) became aware that an automobile had been manufactured which shared his surname. Shortly thereafter, he acquired the "Zimmer Motorcars" name and various Zimmer Motorcars Corporation materials and established the Zimmer Motor Car Club for Zimmer car owners. By 2001, there were over 500 members in the club.

In 1997 Art Zimmer, president and CEO, started the Art Zimmer Neo-Classic Motor Car Company after buying a model in a local automobile dealership. The company, also known as Zimmer Motor Car Company, currently builds 10 to 20 automobiles each year and are headquartered in Jamesville, New York. 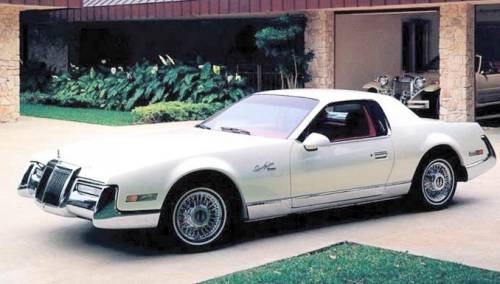 The Zimmer is considered an "era" car. Era cars were built from readily available parts (VW or Sprite convertible body, Corvette suspension, Buick/Lincoln/Chevrolet engines, etc.) and made to replicate the long hood, exposed headlight, side-mount spare tire look of the classics of the 1930s. All the parts used, were either new or completely rebuilt to be better than new. There were several brands made (Excalibur, Clénet, Tiffany) and they were all made to the same formula.

The current Zimmer Golden Spirit retails for $175,900 and is billed by the company as "the most awesome automobile in the world." It is the first four-door convertible produced in decades and is based on a Lincoln Town Car chassis. The company also offers a two-door model that is built on a Ford Mustang chassis which retails for $109,900. The advantage to owners is that the automobile can be serviced at any Ford or Lincoln Mercury dealer. This includes full service and Ford parts and warranty work. Additionally, the automobile has all the latest safety and modern engineering features available.Because Zimmers are built atop existing chassis, the company can use the legal certification of the Town Car and Mustang, obviating the need for separate crash and emissions certification by Zimmer.

Art Zimmer established the company's manufacturing facilities in Cambridge, Maryland, and in December 1998 the first Zimmer Golden Spirit rolled out of the factory.

During 2000, the company established a Syracuse presence when two of its operations; Rosenthal and Chadwick, a metal fabricating company, won the contract to supply heavy-duty steel bumpers, badge bars, and associated support parts. For the first time since 1934, when Franklin Automobile Company closed, automotive manufacturing returned to Syracuse.

In May 2000, Zimmer and Sam Vigliotti, president of Sam's Auto Body and Service Center on West Genesee Street, located in Syracuse's historic Automobile Row, announced that the latest Zimmer model, currently in development, would be manufactured at Sam's Auto Body. Because of this alliance, by 2001, the company was able to manufacture a new vehicle every six to eight weeks. 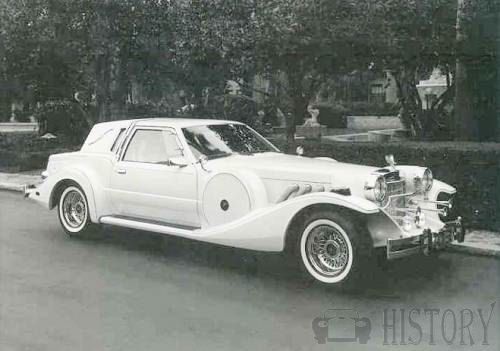