The Ajax was an American automobile brand manufactured by the Nash Motors Company of Kenosha, Wisconsin, in 1925 and 1926. The Ajax was produced in the newly acquired Mitchell Motors Company plant in Racine, Wisconsin. In 1926, all Ajax models were converted into Nash Light Sixes. 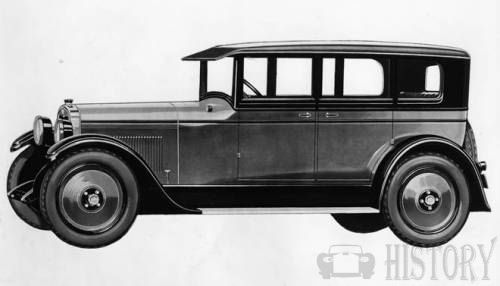 Demand for Nash automobiles was so high that by November 1924, the company's existing plants were operating around the clock six days a week and Charles W. Nash announced a US$1 million expansion at the automaker's original Kenosha facility.

The Ajax was built using machinery moved from Nash's other acquisition, the LaFayette Motors Company of Milwaukee, and installed in the Racine plant. Thus, new Ajax was based on an earlier design, premium version of the Lafayette from the early 1920s. The Ajax was available in three body styles: 4-door sedan, 4-door touring, and a 2-door sedan. The advertised retail price was $865 for the five-passenger touring car, and $995 for the five-passenger four-door sedan.

The Ajax came standard with engineering and quality features that included a 170 cu in (2.8 L) L-head Nash straight-six engine with a seven main bearing crankshaft, force-feed lubrication system, three-speed transmission, four-wheel brakes (at that time unusual for a car of its price), steel disc wheels, as well as mohair velvet upholstery and an electric clock. The Ajax Six produced "genuine 60 mph" (97 km/h) driving, and its features were not found on cars of this size and low price. 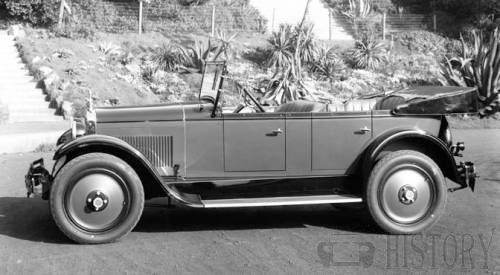 Despite receiving good reviews from the automotive press and the general public, the Ajax brand was discontinued in 1926 after over 22,000 models were sold. Charles Nash ordered that the production continue instead as the Nash Light Six. The Nash was a known and respected automobile brand that was the name of the company's founder. Production was stopped for two days while Nash hubcaps, emblems, and radiator shells were trucked to Racine where all unshipped Ajax brand cars were converted into Nash badged automobiles. Likewise, changeover kits were sent to dealers to retrofit all unsold cars by removing Ajax badges such as hubcaps.

One of the first cases of "badge engineering" began in 1917 with Texan automobile assembled in Fort Worth, Texas, that made use of Elcar bodies made in Elkhart, Indiana. However, the transformation of the Ajax was "probably the industry's first example of one car becoming another.". Nash even made the kits available at no charge to consumers who bought Ajax cars, but did not want to own an orphaned make automobile, to protect the investment they had made in a Nash Motors product. Because of this, few unmodified original Ajax cars have survived.

Sales of the rechristened Nash Light Six improved with the more known moniker. The 1926 four-door sedan was now advertised for $1525. The combined Ajax and Nash Light accounted for more than 24% of the automaker's total production in 1926. 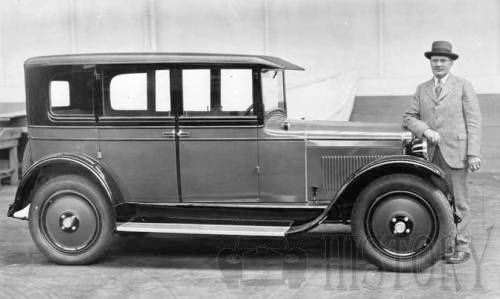