The Triumph 1300 was a medium/small 4-door saloon car made in Coventry, England by Standard Triumph under the control of Leyland Motors. Produced from 1965 and intended as a replacement of the popular Triumph Herald, it was re-engineered in the 1970s to become the Dolomite range.

The Triumph 1300 was introduced at the London Motor Show in October 1965. It was a compact luxury 4-door saloon with a body designed by Michelotti in a style similar to the larger Triumph 2000. It was intended by Standard-Triumph (and Leyland, their parent organisation) as a successor to the popular Triumph Herald range. 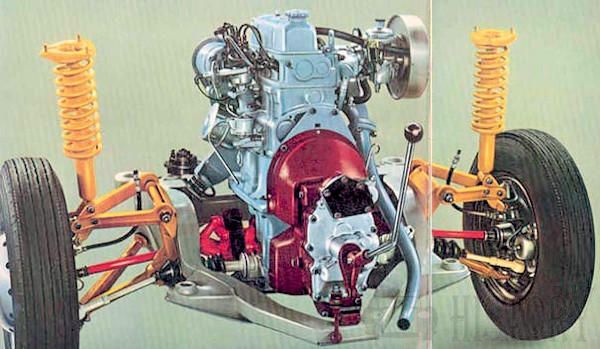 The 1300 was Leyland's first front-wheel drive (FWD) design. Their major rival was BMC, who was at the time producing three FWD model ranges including the Mini and the best-selling Austin 1100 series; it was hoped by Leyland that some of the 1100s phenomenal success would rub off on the new Triumph. Triumph decided to adopt a different layout to BMC however, placing the engine above the gearbox in a front-back configuration (but not sharing the same oil) rather than BMC's transverse engine layout. This resulted in a tall profile for the engine/gearbox combination which limited styling options. The engine was the same 1296 cc unit as used in the Triumph Herald 13/60. (the engine had originated in 1953 in the Standard Eight in 803 cc form) A conventional OHV four-cylinder unit, it developed 61 hp (45 kW) with the single Stromberg carburettor (also as used in the Herald 13/60) and was mated to a 4-speed all-synchromesh gearbox. Front suspension was by double wishbone layout, attached to a shock-absorber/spring unit, and the rear suspension by semi-trailing arms and coil springs like the 2000.

Styling was somewhat unusual—partly dictated by the tall engine/gearbox—with a strong family resemblance to the Triumph 2000. The front was a "squashed" version of the 2000 with single headlamps, and the rear had an almost "chopped-off" look with a very short and stubby boot. The roof had a pronounced lip above the rear window. The car was available only as a four-door saloon.

The interior was well-appointed with full instrumentation in a wooden dashboard, wooden door cappings, adjustable steering column and comfortable seats with ventilated PVC upholstery. There was through-flow ventilation with outlets under the rear roof lip. The car was fairly roomy, and aside from a slightly baulky gearchange, easy to drive with very reasonable performance. Standard equipment was generous and included thick carpeting but no heated backlight. Although not reclining, the front seats were remarkably versatile and could be easily adjusted for height and rake. The steering column was adjustable not only up and down but back and forth as well. From a safety angle the door handles were recessed and could not be caught on clothing and the (awkward to operate) window winders were spring-loaded and similarly recessed. The instrument panel had a speedometer, fuel gauge, temperature gauge, ammeter and a comprehensive cluster of warning lights arranged in a "pie chart" formation. The rear seat had a centre armrest which could be folded up when not in use. 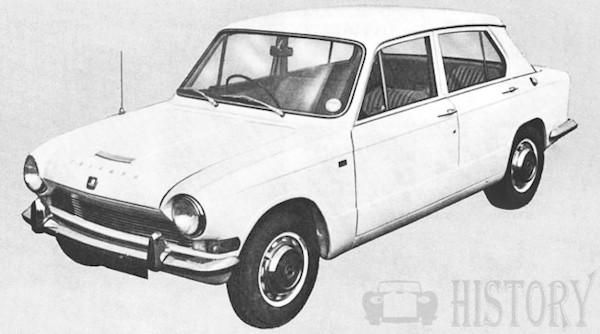 For 1968 the 1300TC joined the basic model. The TC used the engine then fitted in the Triumph Spitfire, which featured twin SU carburetors and in this configuration provided an advertised 75 hp (56 kW) The car was identified by discreet "TC" badges. Top speed was significantly higher than the 1300 at a claimed 90 mph (145 km/h)., and acceleration times were cut by 11 percent to a 0–50 mph (80 km/h) time of 11.5 seconds. A road test a few months later significantly improved on the company's performance claims, achieving a maximum speed of 93 mph (150 km/h) and 0–50 mph (80 km/h) time of 10.5 seconds. With the car then retailing for a recommended UK price of £909, the road test concluded that "the 1300 TC costs only £41 more than the original model, and is a very good bargain indeed".

An estate version of the 1300 reached the concept stages, but was never produced due to budgetary constraints.

In August 1970 the 1300 and 1300TC were replaced by the Triumph 1500. The engine was enlarged to 1493 cc, providing a useful increase in torque, but a decrease in overall power and worse fuel consumption. The front end was cleaned up considerably, and the rear redesigned with longer tail, providing a useful increase in boot space. Production of the FWD Triumphs came to an end in 1973.

In many ways, the Triumph 1300 was a failed venture for Triumph and Leyland, as management resource was focused on finding replacements for successful but aging Austin-Morris models. Their Triumph badged 'in-house' competitor failed to achieve anything like the sales figures of the BMC small FWD cars, though it should be pointed out that the BMC 1100 range featured several badge-engineered variants. Moreover, the front wheel drive configuration failed to realise the handling and roadholding advantages that Triumph had hoped for, and the tall profile limited other uses for the FWD drivetrain, such as in the Spitfire. The 1300 was well-made and sold reasonably well in the small luxury sector, but after its direct successor was quietly switched to rear wheel drive in 1973, Triumph never designed another FWD car: even more significantly, from 1970 the 1300 was re-engineered as a rear-wheel drive car and went on to form the core of Triumph's compact range as the 1300 cc Triumph Toledo (launched in 1971) and the larger engined Triumph Dolomite released in 1972 . Like all Standard-Triumph offerings, DIY servicing was simple: the clutch plate could be replaced from inside the car and unlike the Mini-based vehicles, changing CV joints was a three-spanner operation. It takes its place in history as being the only production car made in Britain to begin life as a front-wheel drive, and end it as a rear-wheel drive until Leyland's successor, MG Rover repeated the trick in turning the Rover 75 into the MG ZT 260. 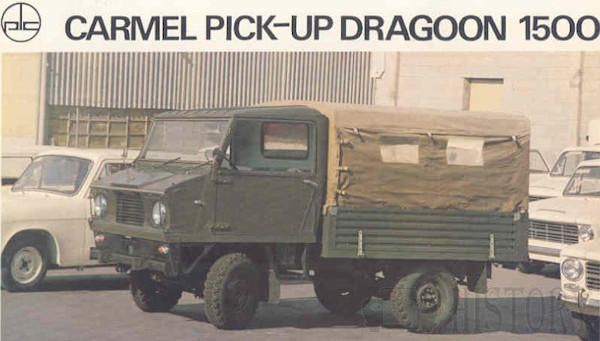 The 1300 was assembled in Israel by the local partner of Standard-Trimph International, Autocars Co. of Tirat Carmel. However, due to the Israeli government ridiculous policy with regard to car assembly, Triumph was forced to introduce this vehicle in a 1493 cc version, already in early 1968, and two years ahead of this engine's introduction in the UK. In fact, it was not until another Israeli assembler, Illin Industries, had shut down his operations, before Triumph could assemble the 1300 in Israel. One curious design offshoot of the 1300 was the "Pony" jeep-like farm vehicle, later renamed "Dragoon". The Pony was exclusively offered for Autocars within the joint venture contract, but very few units were actually produced in Israel, as of 1968. The same 4WD-design was used in a rally version of the Triumph 1300. The rally project enjoyed some success before crashing and rolling in 1969. The 4WD Triumph 1300 was subsequently abandoned. Although the FWD 1300 was something of a disappointment, the basic design went on to provide Triumph with a popular small car until the end of Dolomite production in 1980 and as such delivered an outstanding return on their original investment.

The Triumph 1300 has a following today in the UK classic car movement, though some parts are now scarce and the number of surviving cars not especially high. 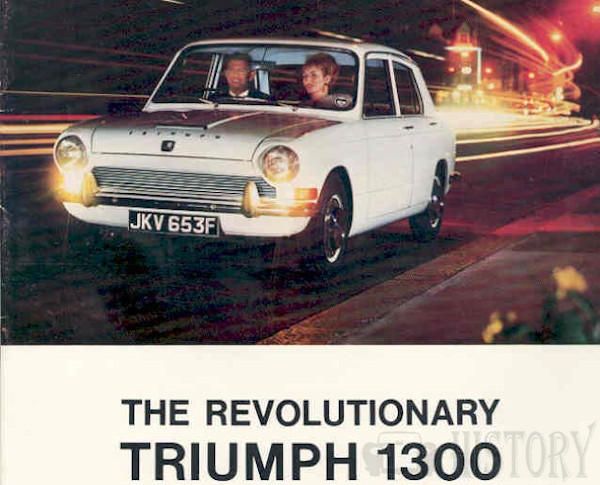