Anti emissions versions, the M-U, M-U LPG and M-EU, replaced the M, M-LPG and M-E on the Japanese market in mid 1976. The emissions system was called TTC (Toyota Total Clean), with a "-C" to denote the installation of a catalytic converter.

The M-E appeared in the 1972–1976 Toyota Corona Mark II LG sedan and hardtop as sold in Japan. It was not sold outside of Japan.

The M-E was redesignated as the M-EU for the Japanese market in December 1976 when it received the TTC-C (Toyota Total Clean), catalytic converter to meet anti-emissions laws. 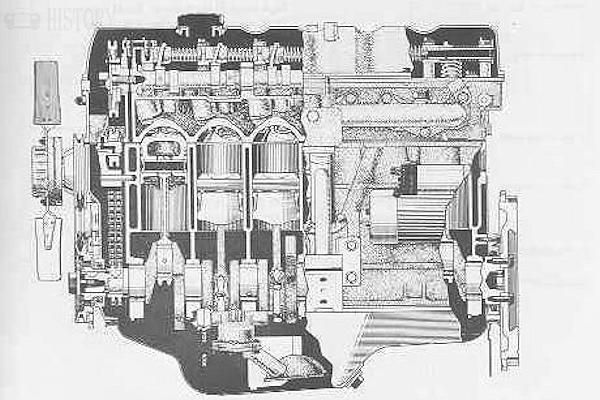 The 12-valve (2 valves per cylinder) DOHC 5M-GE is familiar as the engine of the Toyota Supra and Toyota Cressida of the 1980s. It was quite different from any previous member of the M family, with Bosch L Jetronic-derived electronic fuel injection (using an AFM intake measuring scheme), wide-angle valves, and belt-driven dual camshafts. It used hydraulic valve lifters, a first for Toyota. The use of rocker arms and valve lash adjusters eliminated the need for valve clearance maintenance, a world first for any twin cam engine.This version of the M made its US debut in 1982's Toyota Celica Supra MK2. The 1982 version had a vacuum-advance distributor, whereas the 1983–1988 versions found in the Celica Supra and Cressida had full electronic control of the ignition system and distributor. The newer engine control system found in these later cars was named TCCS, or Toyota Computer Control System and, together with different intake runners, increased max power by 5 PS from August 1983.

Differences between years on US model of the Celica Supra:

Output was 170-190 hp (127-142 kW) at 5600 rpm and 170–192 lb·ft (230-260 Nm) at 4400 rpm. The 6M-GEU is usually the lower powered variant of 6M engines, due to more restrictive exhaust and increased emissions-control hardware. Even though it was never offered in US-market vehicles, it is sometimes imported from countries where it was available and transplanted into US-market Celica Supras and MX63 and MX73 Cressidas, since it is externally identical to the 5M-GE.

A special 7M-GTEU version, with a modified CT26 high-flow turbocharger and large volume intercooler, pushed output to 267 hp (199 kW) at 5600 rpm and 358 N·m (264 ft·lb) at 4400 rpm. This was used only in the racing homologation Toyota Supra Turbo A road and race cars. The Turbo A models also measured air based on manifold pressure rather than using an air flow meter, had a larger intercooler, larger throttle body, optimized CT-26 turbo, and various other differences. It was the fastest Japanese car at the time. The homologation was for the Group A series. The Group A Supra with a 7M-GTE and CT26 turbo produced 433 kW (580 bhp).