The second-generation Subaru Legacy was marketed in Japan from model year 1993, and 1995 marked the second generation in North America with a full body and chassis revision. The exterior was designed by Olivier Boulay, who was hired by Subaru on a short-term basis. The tail light appearance on both the sedan and wagon was influenced by the taillights on the SVX.

In 1996, Subaru decided to make AWD standard equipment in all vehicles produced for the North American market from that year to today's current date.

It was a version commemorating the 30th anniversary of Subaru. It includes upgraded interior and sunroof, spoiler, and alloy wheels on the "L" trim level cars.

Subaru still offers a choice between front- and all-wheel-drive for its domestic market vehicles. The MOMO black leather steering wheel installed on the GT and RS model designations continued, but the style changed from a four spoke design to a three spoke. The previous steering wheel was afixed with six allen head screws to an adapter hub that incorporated the cruise control activation switch which was replaced with an integrated hub inside the three spoke steering wheel and is not compatible with the BC-BJ-BF series first generation Legacy cruise control arrangement.

The RS simply was the GT sedan for the Gen 2's, and available in manual or auto. This was a change from the first generation RS, which was manual only, and featured different interiors. There was still a GT sedan offered however, and was full leather, and automatic transmission only.

Was a Japanese model station wagon introduced in June 1996 (BG5B). It includes front and rear Bilstein struts, with the upgrade also available on the RS. The "B" designation stood for Bilstein. The Legacy GT was available for sale around the same time as the Nissan Avenir Salut turbocharged 2.0 L with AWD. The GTB also offered larger brakes, sway bars, wheels, and some different interior options. Manual GTB's and RSB's also featured the EJ20R twin turbo motor, which was the first legacy to offer 206KW. The manual also shared the TY752VBCAA manual transmission from the Version 3 STi. Auto GTB's and RSB's however kept the less powerful EJ20H. Though the EJ20H was revised in 96 for the B revision.

Or TS type R, was a 2.0L naturally aspirated DOHC, and had comparable trim to the GT's. B spec TS-R's were also available, with the same body kit, interior, wheels, and Bilstein suspension. The TS-R did not receive projector headlights with the 'Rev B' face lift unlike the 250T and GT's

The 250T was a 2.5L naturally aspirated DOHC, and was available in full GT trim. B spec 250T's were also available, with the same body kit, wheels, and Bilstein suspension.

Offered only for the BG5C revision (MY97), the limited offered an altered front bumper, with additional large spotlights. Other differences included a woodgrain momo wheel and gear knob, not otherwise available. Mechanically they are identical to standard BG5C GTB's though. Limiteds were not available in sedan.

According to the French Wikipedia, LPG was introduced as an alternative fuel source on European models with the 2.0 L and 2.2 L engines, built by company Necam Koltec. The fuel tank was installed in the spare tire compartment, with the spare tire installed vertically on the left side of the trunk or cargo area. 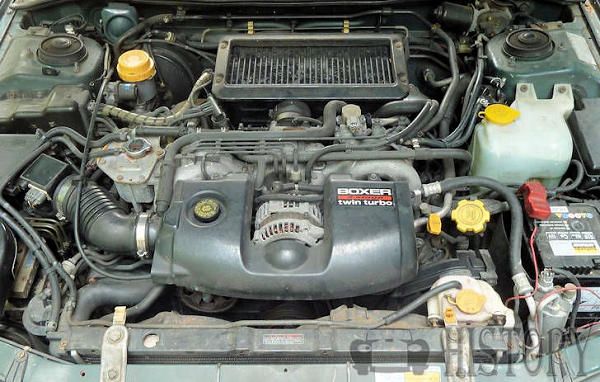 Turbocharged versions continued to be available in most international markets. Specialty touring and racing versions were available in Japan, as well as the DOHC 2 liter twin sequential turbocharged (EJ20H & EJ20R) version on both the Legacy sedan and wagon, listed as "Boxer 2-stage Twin Turbo" on the engine cover shroud. This engine was popular with Japanese buyers due to reduced tax liability based on Japanese vehicle size legislation; the car offered performance advantages over larger cars sold in Japan with bigger engines but with a smaller tax bill. The twin turbo can only be installed on right-hand drive vehicles because the turbo on the left side interferes with both the brake master cylinder and steering linkage, among other things. A minor performance problem with the twin turbo is there was a "turbo dead zone" that surfaced between the transition from the first turbo before the second turbo would kick in around 4700-5200 rpm. A continuous traction delivery system, called VTD by Subaru, was used with all JDM turbocharged vehicles with the automatic transmission. The VTD AWD system is a permanent AWD due to its 36% / 64% split.

The Brighton trim level also carried over from the facelifted first generation version that was priced below the "L" trim option. 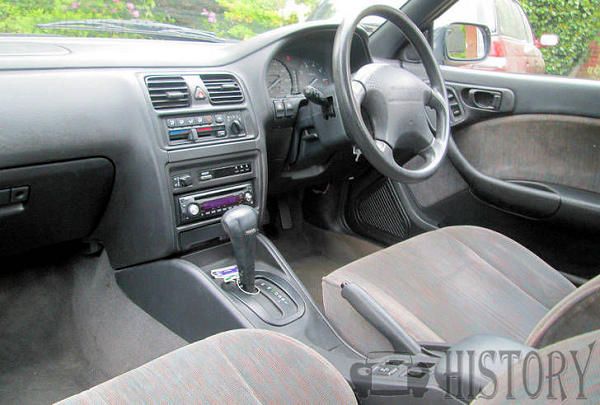 The Legacy SUS (for "Sport Utility Sedan")was launched with a limited production test run sold in New England (USA) in 1998 and, based on its success, was rolled out in North America only the following year. The "Limited" trim level package for the Outback wagon was standard equipment on the sedan body, with the addition of a hood scoop and trunk-mounted rear wing. Despite the appearance of the front hood scoop, the SUS was not installed with a turbocharged engine; the only engine installed from Subaru was the naturally-aspirated EJ25D engine. The "SUS" moniker was removed with the introduction of the Second Generation. Plastic side cladding was not present on the side doors of the Outback; the lower half of the doors were painted a contrasting color also found on the front and rear bumper covers. 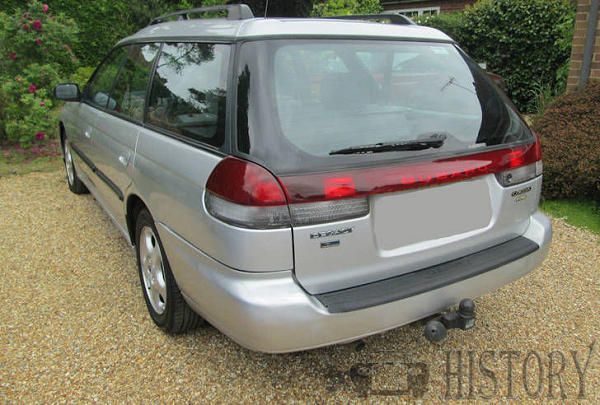