The Standard Vanguard is a car produced by the Standard Motor Company in Coventry from 1947 to 1963.

The car was announced in July 1947. It was completely new with no resemblance to the previous models, and was Standard's first post-Second World War car. It was also the first model to carry the new Standard badge, which was a heavily stylised representation of the wings of a Griffin.

In the wake of the Second World War many potential customers in the UK and in English-speaking export markets had recently experienced several years of military or naval service, therefore a car name related to the British Navy carried a greater resonance than it would for later generations. The name of the Standard Vanguard recalled HMS Vanguard, the last of the British Navy's battleships, launched in 1944 amid much media attention: permission to use the name involved Standard in extensive negotiations with senior Royal Navy personnel.

The styling of the car resembled the pre-war Plymouth with a sloping "beetle-back". Russian media claimed that styling of this car had been in part influenced by Russian GAZ-M20 Pobeda, which had been in development from 1943 and went into production in 1946. In 1952 The Motor magazine stated that the Soviet Pobeda "shows a certain exterior resemblance to the Standard Vanguard", disregarding the fact that the Pobeda had been launched a year before the Vanguard.

In Scandinavia, Standard marketed the Standard Ten saloon as the "Vanguard Junior".

Both the Ensign and the Vanguard were replaced in 1963 by the Triumph 2000 and the Standard name disappeared from the British market after 60 years. 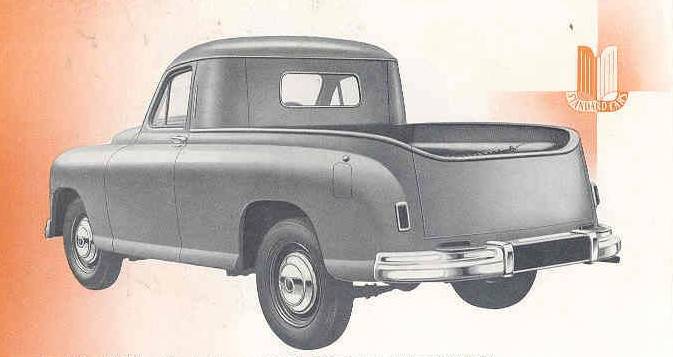 Called a pickup truck in the UK, this version had modest sales there, but the main purchaser was the RAF, who had them in Phase I and II form.

In 1950, the Australian subsidiary of the Standard Motor Company introduced a Coupé utility version of the Vanguard Phase I. It was fitted with the same 2088 cc four cylinder engine as used in the saloon. Utility versions of the Vanguard were produced in Australia over the following years with production ending in 1964.