The first generation Singer Vogue I/II/III/IV models of 1961 to 1966, was a badge engineered version the Hillman Super Minx . Introduced in July 1961, it was positioned above the Super Minx and Singer Gazelle and featured quad headlights as well as a more powerful 66 bhp version of the 1600 Minx engine.

The Mark II version for 1963 had front disc brakes as standard. The Mark III of 1964 gained six light bodywork and an increase in power to 84 bhp. The final version of this generation, the Mk IV was introduce at the 1965 motor show and saw the engine size increased to 1725 although there was no change in power output. The Singer Vogue was also available as an estate car.

Australian production as the Humber Vogue 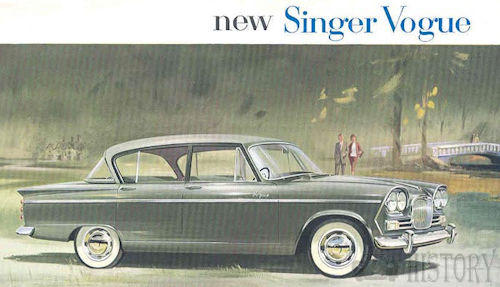