The Fiat 133 was a four-seat, two-door small car with rear engine and drive from the Spanish manufacturer Seat .

In early 1974, the 133 appeared as one of the two successors of the Seat 850. The body corresponded to the style of the Fiat 126 , but was larger and contained in contrast to the developed from the Fiat Nuova 500 126 with a water-cooled engine.

The rear-mounted in- line four cylinder engine with 843 cc displacement was combined with a four-speed gearbox and offered in three performance variants, as "normal" (DG) with a power of 34 hp (25 kW) or as "super" (DB) with 37 hp (27 kW) and increased compression. These models had front and rear drum brakes .

For the Spanish market, another version was offered with double carburetor and front disc brake . This Especial called model had 43 hp (32 kW) at 6400 / min, so it reached a top speed of 135 km / h. Also for the Spanish market, there were two trim levels, the Normal + Especial with normal body and the Lujo , or Especial Lujo with enlarged bumpers front and rear, and plastic panels on the front and rear panel.

In other countries, the model made in Spain came in 1975 as a Fiat 133 on the market and was offered only in the 25 kW version. Since Seat was connected at that time with the Fiat company. In mid-1980, the Seat 133 was replaced in favor of the Seat Panda , in Argentina this was produced as a Fiat 133 Java until 1981 under license. 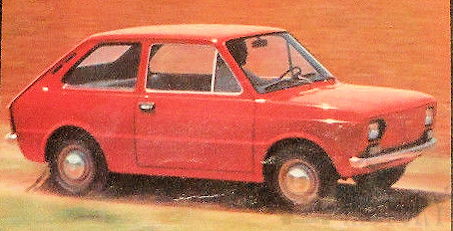