By September 1965 United Kingdom introduction of the Riley Kestrel four-door saloon the Riley Kestrel had three round dials including a rev counter in a wooden fascia offered with leather seats as standard. The BMC ADO16 was a range of small cars built by the British Motor Corporation (BMC) and, later, British Leyland. The Riley was first launched in 1965 two years after the original launch of the Austin versions as the Kestrel, Kestrel 1275 and also later just as the Riley 1100 and 1300 with out the Kestrel name. It was later discontinued in 1974.

The Riley Kestrel based on the ADO16 design by Alec Issigonis.Now a larger and more sophisticated car than the previous Riley Mini version which incorporated more advanced features and innovations. But still with the BMC A-Series engine, mounted transversely and driving the front wheels. The gearbox located under the engine, which also shared the oil supply with the engine. As well as disc brakes at the front. With an option for a four-speed automatic transmission.

The Four-door saloon of mono-construction, rubber-mounted to front and rear sub-frame assemblies to give insulation between road wheels and body, the distribution of weight is 62% to the front axle and 38% to rear axle. Full-width bumpers with over-riders front and rear. External, rotary, ratchet-type locks on both front doors, front and rear doors lock from inside with children's safety catches fitted to all doors. Large panniers in front doors. Wind-up windows on doors with hinged quarter-lights on front doors. Curved safety glass windscreen with curved back-light and sidelights. 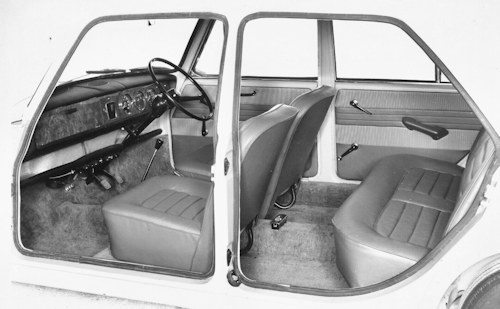 At the end of May 1967, BMC announced the fitting of a larger 1275 cc engine to the Riley Kestrel.  The 1275 cc engine became an optional extra on the Riley version, in single carburettor 58 bhp (43 kW) form. The new car combined the 1275 cc engine block already in the sporty Mini Cooper S and Austin-Healey Sprite models. October 1967 Launch of the 1100 Mark II models, with cropped rear fins, ventilated wheels, indicator side repeater lamps fitted to the front wings. A revised interior was also fitted. The Riley continued in four-door as the Riley Kestrel four-door 1100 or 1300. 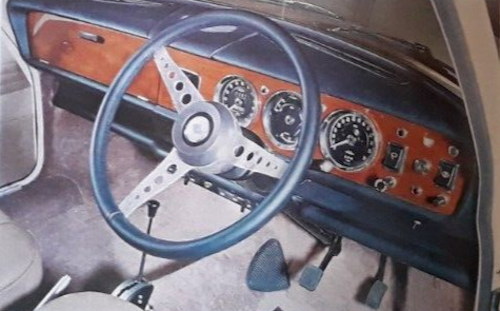 January 1968 United Kingdom: British Leyland (BL) takes over British Motor Holdings Limited. British Leyland starts to cull the range, first model to be discontinued is the Riley Kestrel 1100.By April 1968 United Kingdom Riley Kestrel 1300 four-door with twin SU 65 bhp engine introduced replacing single 56 bhp engine. June 1968 a more powerful twin carburettor version of BMC's 1,275 cc engine is fitted to manual gearbox versions of the Riley, automatic transmission versions retained the single carburettor engine. The Mark II versions of the Riley, were introduced in October 1968, at which time Riley abandoned the Kestrel name October 1968. The Kestrel name is dropped from the Riley model and it is now named Riley 1300 Mk. II. The Riley models are updated with a new interior, which includes rocker switches fitted instead of toggle switches and a central armrest in the rear seat.

The Riley 1300 Mark II was discontinued in July 1969, and signalled the final demise of the Riley marque along with the Riley name.