Front-end treatment, which incorporated each marque's traditional upright grille design (the Hornet's grille with a lit "Wolseley" badge), also contributed to a less utilitarian appearance. The cars had larger-diameter chrome hubcaps than the Austin and Morris Minis, and additional chrome accents, bumper overriders and wood-veneer dashboards. The Riley was the more expensive of the two cars. The name "Wolseley Hornet" was first used on a 1930s sports car, while the name "Elf" recalled the Riley Sprite and Imp sports cars, also of the 1930s. The full-width dashboard was a differentiator between the Elf and Hornet. This dashboard was the idea of Christopher Milner the Sales Manager for Riley. Both the Riley Elf's and Wolseley Hornet's bodies were built at Fisher & Ludlow under their "Fisholow" brandname. Plates in the engine compartment on the right side fitch plate bear evidence of this speciality. Very early Mark I versions of both cars (e.g. press photo of 445MWL) had no overriders on the bumpers and a single piece front wing (A-panel and wing in one piece, no outside seam below scuttle panel) that was soon given up again, allegedly due to cost.fuel tank capacity: 5.50 imp gat, 6.60 US gal, 25 1.

The Elf's and Hornet's special bumper overriders first appeared in 1962. Early production Mark Is also had a combination of leather and cloth seats (Elf R-A2S1-101 to FR2333, Hornet W-A2S1-101 to FW2105) whereas all later models had full leather seats. Mark I models were equipped with single leading shoe brakes on the front.

version of the Cooper's 998 cc (60.9 cu in) power unit (engine type 9WR) in the Mark II in 1963. This increased the car's top speed from 71 to 77 mph (114 to 124 km/h) . Therefore, Mark II cars also came with increased braking power in the form of front drum brakes with twin leading shoes to cope with the increased power output.

Both Mark I and Mark II featured four-speed, gearboxes (three synchromesh gears) with rod gear change, a.k.a. "magic wand" type. Automatic gearboxes became available on the Mark II in 1965 as an option. The Mark III facelift of 1966 brought not only wind-up windows and fresh-air facia vents, but disc brakes replaced front drum brakes, too. Concealed door hinges were introduced two years before these were seen on the mainstream Mini. The gear selecting mechanism was updated to the rod type, as seen on all later Mini type cars. Automatic gearboxes were available to the Mark III in 1967 again. Full-four synchromesh gearing was eventually introduced during 1968. 30,912 Riley Elfs and 28,455 Wolseley Hornets were built. Production ceased in late 1969 when British Leyland discontinued the Riley and Wolseley brand names. 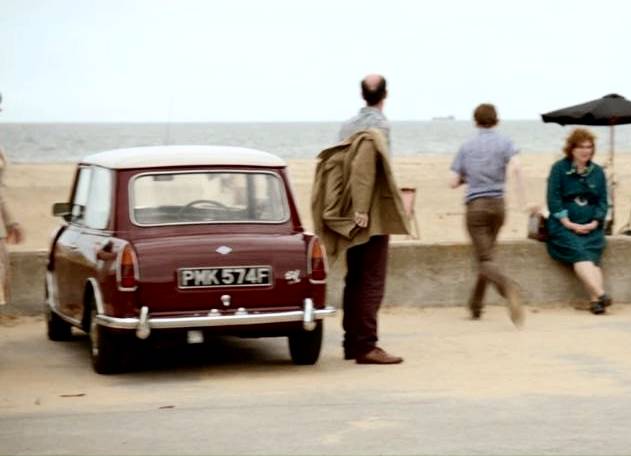 Riley Elf MkI in The House That Dripped Blood, Movie from 1971. 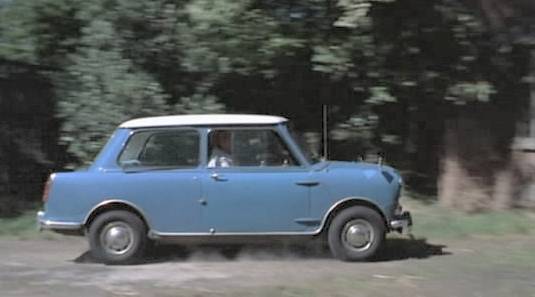