First presented at the London Motor Show in October 1953, the Pathfinder replaced the RMF as Riley's top-line car.

Designed as the "RMH" just before the 1952 merger of Riley-parent, the Nuffield Organisation, with Austin to form BMC, the Pathfinder is seen as the last proper Riley car. It used Riley's 110 hp (82 kW) 2.5 L (2443 cc) twin-cam, "Big Four" straight-4 engine fitted with twin SU carburettors and had a separate all-steel chassis with coil spring rear (this was changed to leaf springs towards the end of production) and front torsion bar independent suspension. From 1956 an overdrive gearbox became optional. The 12 in (305 mm) Girling drum brakes had a Clayton Dewandre Vac Hydro Servo fitted as standard.

In the front, buyers could choose between two single seats and the optional full width bench seat, with the front corner of the seat squab contoured so as to accommodate the gear lever and allow seating for three. The rear seat had a fold down centre armrest and leather covers were used. A heater was fitted as standard. The car was available in black, maroon, green, blue or grey finish. The gear lever was floor mounted by the driver's door, so drivers in right hand drive markets had to change gear with their right hand The handbrake was operated by a lever under the dashboard in both bench and individual front seat versions.

The body was similar in appearance to the Wolseley 6/90, although there were detail differences such as the Riley's opening bonnet including the radiator grille, whereas the Wolseley's grille was fixed. Both cars were launched in 1953, and both were designed by Morris' Gerald Palmer for the Nuffield Organisation before the merger. All Pathfinders featured the front independent suspension developed from the RMF, but the sophisticated Riley rear suspension was replaced by a conventional leaf spring type in the last few examples. An essential part of the location of the rear axle was a Panhard rod which on some early examples sheared on hard cornering resulting in the unfortunate 'Ditchfinder' nickname.

The Pathfinder was replaced by the short-lived Wolseley 6/90-derived Riley Two-Point-Six in 1957. 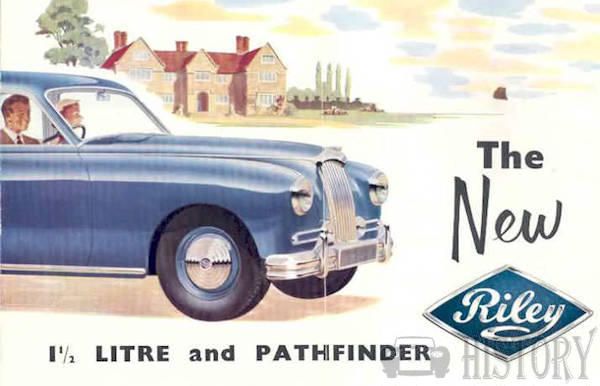 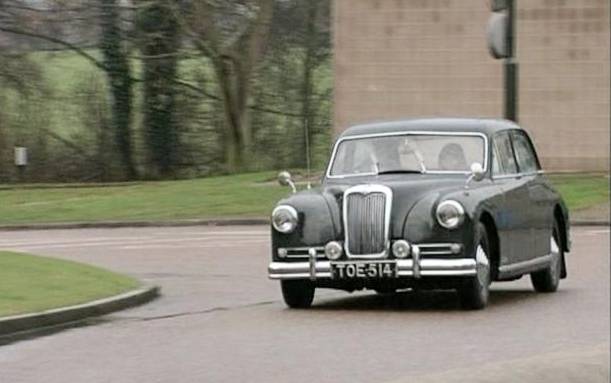