The Renault 8 (Renault R8 until 1964) and Renault 10 are two small family cars produced by the French manufacturer Renault in the 1960s and early 1970s.

The R8 (model R1130) was released in June 1962 and was based on the Renault Dauphine with which it shared its basic architecture and its 2,270 mm (89.4 in) wheelbase. The style, closely following that of the first prototype produced, at unusually short notice, by Philippe Charbonneaux, was fashionably boxy, however; while the Renault 8 was actually 30 mm (1.2 in) narrower than the Dauphine, the manufacturer was able to install thick cushioned front seats that were actually each 60 mm (2.4 in) wider, at 560 mm (22.0 in), than those fitted in the Dauphine. The R8's engine followed the pioneering example of the recently introduced Renault 4 by incorporating a sealed for life cooling system. A distinctive innovation on the French produced cars was the fitting of four-wheel disc brakes, a first for a saloon/sedan car of this size.However, when in 1965 Renault's Spanish affiliate  introduced their own version of the Renault 8 for the (then tariff-shielded) Spanish market, it came with drum brakes.

A more powerful model, the 8 Major (model R1132), was released in 1964, featuring an 1108 cc engine developing 50 PS (37 kW; 49 hp). A still more powerful version, the 8 model R1134 Gordini, was also released that year, with a tuned engine of the same capacity but developing 90 PS (66 kW; 89 hp) and with a five-speed close ratio manual transmission. The Gordini was originally available only in blue, with two stick-on white stripes. In 1965, the Renault 10 Major, a more luxurious version of the 8 with different front and rear styling, was released, replacing the 8 Major. Early R10 had round headlights.

Alongside the Renault 10, less powerful versions of the Renault 8 continued in production at the Flins plant with the existing shorter body. 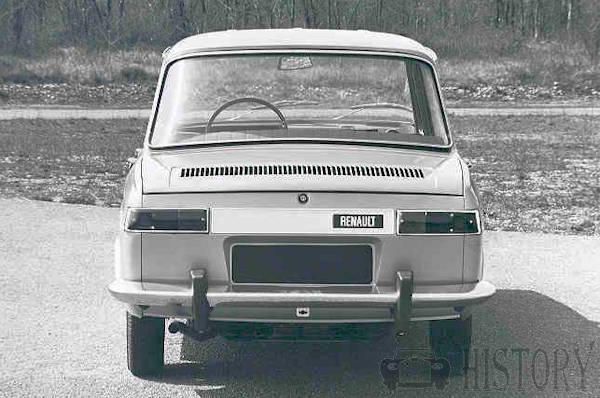 Although production of the Renault 10 ended in 1971, the 8 was still sold in France as late as 1973. FASA-Renault, the company's Spanish arm, continued to produce models 8 and 8TS (similar to the French-built 8S) until 1976 for the Spanish market, and components for the 8S and 8TS assembled in Mexico.

In 1963 the Renault 8 was awarded Wheels Magazine Australia's Car of the Year Award.

For 1963 (initially only in France), Renault offered a semi-automatic transmission of unique design, developed and produced by Jaeger.Although it was described as a form automatic transmission at the time, in retrospect it was more realistically a form of automatic clutch, inspired by the German Saxomat device which appeared as an option on several mainstream German cars in the 1950s and 60s.

The clutch in the system was replaced by a powder ferromagnetic coupler, while the transmission itself was a three-speed mechanical unit similar to that of the Dauphine—but from the beginning, in this form, with synchromesh on all gears.

The system used a dash-mounted push button control panel where the driver could select forward or reverse and a governor that sensed vehicle speed and throttle position.

A "relay case" containing electromagnetic switches received signals from the governor and push buttons and then controlled a coupler, a decelerator to close the throttle during gear changes, and a solenoid to select operation of the reverse-first or second-third shift rail, using a reversible electric motor to engage the gears. The system was thus entirely electromechanical, without hydraulics, pneumatics or electronics.

Benefits included comparable fuel economy to the manual transmission version, and easy adaptability to the car. Drawbacks included performance loss (with only three available gears) and a somewhat jerky operation during gear changes.

The transmission was also used in the Dauphine and the Caravelle.

The Renault 10 was a particular favourite among French film makers as the rear-engined layout allowed a camera tripod to be fitted in the front boot in front of the windscreen to film people talking to each other while driving. 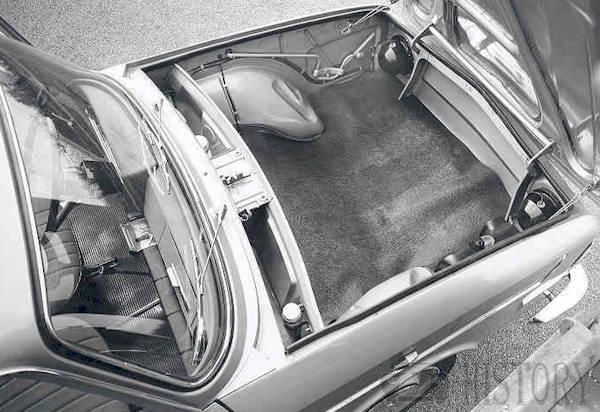