Automobile manufacturer, Warsaw , Poland from 2015 on

Arrinera Automotive SA is a Polish sports car manufacturer based in Warsaw . Arrinera SA is a holding company of the Arrinera Group and responsible for the production and sale. Since 2017, sports cars have been produced by order of Arrinera and sold worldwide.

The company was founded in 2008 by two brothers who were interested in motorsport and wanted to develop a Polish supercar . Initially, Arrinera was involved in the analysis and observation of racing cars at various racetracks, mostly in England . The first prototype of Arrinera was presented in 2011 and sharply criticized by the media. In 2015, a prototype of the street version of the Arrinera Hussarya in Poznan was presented. The street version, known as the Arrinera Hussarya should be produced and sold first. Arrinera decided to launch a GT version first. It was introduced in 2016 and went into production in 2017.

The Arrinera Hussarya GT has received the classification supercar having Mid-engine 6.2-litre V8 producing 789 bhp. The engine based on GM's own LS3 engine. with a Top speed of 217.5 mph 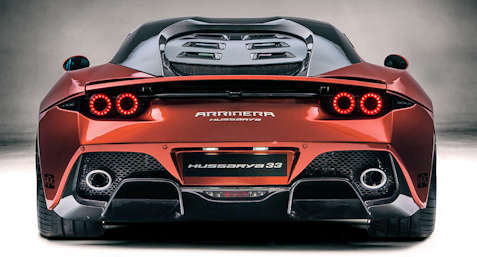