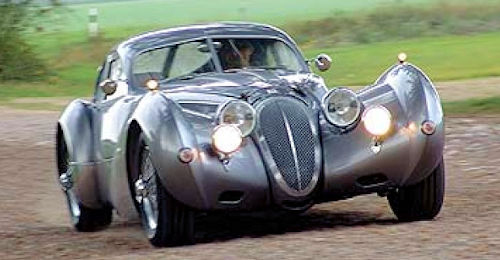 Devaux Coupe is an Australian car manufacturer based in Beaconsfield in the state of Victoria . The company was founded by industrial designer David J. Clash. Clash chose the company name Devaux after the maiden name of his mother. The company is unrelated to the vehicles of the American De Vaux from the 1930s.

With the work on the first and so far only vehicle model, the Devaux Coupé , Clash already began in the late 1980s - initially in a backyard workshop. With the increasing success of his design company, work on the vehicle also continued. In the early 2000s, the first prototype was completed, production started in 2001.

The only model is based on the design of those of the French coachbuilders of the 1930s. It is powered by a 4.0-liter V-6 engine of Ford or optionally by a 3.4-liter V-6 engine of Jaguar or later by a 361bhp 5.7-litre V8 alloy Chevrolet engine. With a purchase price of AU $ 168,000 , the Devaux Coupé belongs to the automotive luxury class .

Assembled on a mild-steel chassis frame with an internal glassfibre tub  over which a glassfibre body shell  gives the car a weight of just 1125kg. ,suspension is a fully-adjustable stainless steel double wishbone unit with coil-overs, and the rear live axle is located using 4 bar trailing arms and Panhard rod.

The vehicle is currently produced only as right-hand drive and not officially offered in the EU. 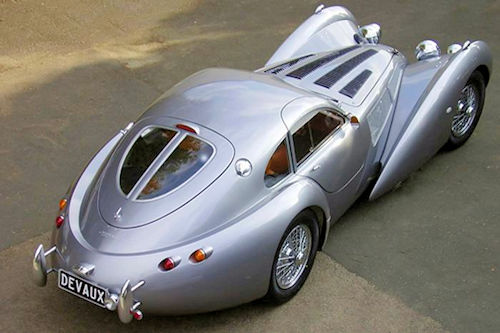