The Astra H was launched in March 2004 as a five-door hatchback, whilst a five-door estate launched late 2004 and a sporty three-door hatchback, designated the GTC (Gran Tourismo Compact) for European markets, Sport Hatch in the UK and the Coupé in Australia, launched in 2005. The GTC has the option of a windscreen called "panoramic windscreen" (unique for a production car at the time of its launch) which extends into the roof area. Based on the updated T-platform, its size was increased compared to the previous version. Production came until the end of 2009, excepting the TwinTop which continued to be manufactured until November 2010.

The aging Vectra B was replaced in Brazil with a sedan version of the Astra H, named Chevrolet Vectra, until it was replaced by the Chevrolet Cruze in 2009. The model was matched with the others models offered in Brazil. This version was offered as an Opel in some Eurasian markets in 2006, following a debut at the international auto show in Istanbul, Turkey, including Ireland in 2008. This was manufactured in Gliwice, Poland. Also in 2006, the Astravan, a 3-door van variant of the estate, was launched. In September 2007, a version of the 5-door Astra was launched in Brazil, marketed as Chevrolet Vectra GT to differentiate from the already existing Astra, which was replaced by the Chevrolet Cruze hatchback in 2011. 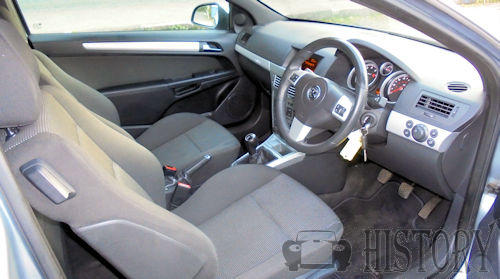 GM Russia launched SKD assembly of Astra on a temporary production site near Saint Petersburg in February 2008, with a potential capacity of 25,000 vehicles annually.

The Chevrolet Astra was withdrawn from Mexico in 2008 as a result of withdrawal of Opel products from the brand, replaced by the Chevrolet Cruze sedan for the 2010 model year.

A first for any major European car is the availability of digital radio on some versions of the new Astra, while for the Astra product class first are electronically controlled chasiss (IDS+) and AFL (Adaptive Forward Lighting).

At the end of 2012, the Astravan was replaced by the new Opel Combo D (whom the Astra H had already ended).

During 2005, Opel introduced the OPC version of the Astra GTC (sold as the Astra VXR in the UK) which is powered by an updated version of the 2.0 L turbo Family II engine (Z20 LEH) producing 240 PS (177 kW, 237 bhp) and 320 N·m (236 lb·ft) of torque. Standard features of the OPC version include sports bodykit and recaro interior, a six-speed manual gearbox, xenon headlamps and 18-inch alloy wheels amongst others.

This vehicle was sold until late 2009 in Australia and New Zealand by Holden Special Vehicles as the HSV VXR. HSV VXRs are sold as standard with full leather trim, climate control, 6 disc CD and 19-inch alloy wheels. HSV VXRs were badged as per the UK Vauxhall Spec models, but without the usual rear boot badge. Inside the Opel Blitz appears on the steering wheel with an OPC dashboard. The Astra OPC was also sold as the Chevrolet Astra OPC in Chile.

In 2006, the Astra TwinTop arrived. The "TwinTop" name also applies to the smaller Tigra refers to a folding hard-top coupé version of the car. In the case of the Astra, the TwinTop has a three-part folding metal roof which sits in the upper half of the boot space, leaving considerable luggage space below it. Still marketed as a four-seater, the rear seating space is smaller than a "normal" Astra. The TwinTop was available in three trim levels with a range of engines in each, including a 200 PS (147 kW; 197 hp) 2.0 L turbo and the 1.9 CDTI diesel in 150 PS (110 kW; 148 hp) form. The TwinTop was discontinued in November 2010 along with the 3-door GTC.

In Brazil, Chevrolet Vectra (Astra H) substituted the Chevrolet Astra on Stock Car. The V8 is still the same, apart that now they use Ethanol instead of Petrol.

The Saturn Astra debuted during the 2007 Chicago Auto Show. Intended to replace the Ion as the brand's smallest model, the Saturn Astra was a captive import built in Antwerp, Belgium. It was offered only in three and five-door hatchback body styles, with sales starting on 2 January 2008. Only one engine was available: a 1.8 L U18XER inline-4-cylinder gasoline engine with variable-valve technology producing 138 hp (103 kW) and with an available five-speed manual transmission or a four-speed automatic transmission.

In Insurance Institute for Highway Safety (IIHS) crash tests the Astra earned a Good overall score in frontal impacts, while in side impacts it received a Marginal overall rating. Front and rear head curtain airbags and front seat-mounted torso airbags were standard.

General Motors predicted sales of between 30,000–40,000 vehicles a year in the United States. Sales were slow, due initially to a large glut of unsold Ions and later the uncertainty surrounding the Saturn brand's future. In 2008 only 11,968 were sold in the US and in 2009 this fell to 6,298.

With a large number of unsold cars remaining on dealer lots, GM announced it would end import of the Astra. In June 2009, GM announced its intention to sell the Saturn Corporation to Penske Automotive Group but this never was concluded and in 2010 General Motors discontinued the Saturn brand. 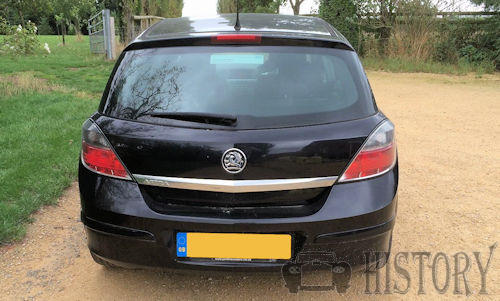