The Ro 80 appeared in October 1967 with a streamlined body , which seemed unusual at the time. As one of the few production vehicles he had a Wankel engine , which made 115 hp (85 kW). This engine made in the initial phase by frequent seal defects, but the manufacturer met with a fine engine replacement. Nevertheless, the reputation of the new model and the Wankel engine suffered considerably.

This is the first car to be designed and manufactured to exploit the rotary piston engine. Before this, NSU had only mounted the Wankel engine on a car that was already in production with traditional mechanical elements the Spider Print Sport. However, the history of the rotary piston already goes back more than fifteen years. Herr Wankel was director of the Lindau Institute of Technical Research when, in 195% he first got into touch with NSU for studies on a new engine. In 1954 the first experiments were carried out with a hepicotroid. that is to say an eight-sided, combustion chamber. Wankel demonstrated that a three-lobe rotor moving in this chamber completed a four-stroke cycle. In 1957 the new engine was built and bench tests Were carried out. In 1962 it was tried out on some boats and fire-engines. The first car with a Wankel engine was presented at the 1963 Frankfurt Motor Show.Since then. hundreds of vehicles have been produced by NSU and their performance on the road has fully satisfied their drivers. The Wankel engine left the experimental stage behind it and has become of interest to the most important motor manufacturers in the world.

In Japan the Mazda Cosmos was presented with a rotary piston engine. But this car too was adapted for use of the new engine and not designed expressly for the Wankel. The first car purposely designed for the Wankel is the NSU Ro 80. It is a very aerodynamic car, with a penetration coefficient of 0.35 wide, roomy and comfortable. Provided with all the most functional solutions, such as servo-assisted and remote controlled clutch, servo steering, servo brake, hydraulic torque convertor, and brake pedal pressure modulator. Everything. that is to say, that goes to make a car comfortable and restful. This is one of the advantages, too, of the rotary piston engine which ensures great freedom from noise and vibrations. In the Wankel engine. the piston does not slide up and down: that is to say there are no "alternating masses" since the piston rotates on its own axis. As far as power is concerned too, the advantages of the Wankel system are clear: it is enough to point out that in the Ro 80 a twin rotor engine with an engine capacity of less than 500 cu cm per rotor develops more than 113 hp. But one of the most important advantages of the Wankel engine is the very small amount of room it takes up. In theory.

The realized in the design of Claus Luthe wedge shape was style-defining in the automotive design of the 1980s. Especially at Audi, the appearance of the Ro 80 was decisive for entire vehicle generations. The vehicle offered plenty of space on the inside with a width of 1475 mm at the front and rear, legroom was great - knee room at the back 170-280 mm, with a seat depth of 475 mm. The trunk could be extended by separately removable backrests. The 83-liter fuel tank was installed outside the crumple zone in front of the rear axle. The interior noise was low (73  phon at 100 km / h). The distribution of weight was  54% to front axle,and  46% at rear axle.

From the Ro 80 until July 1977 only 37,406 copies were produced. This remained, technically, without successors. .The oldest surviving NSU Ro 80 carries the chassis no. 80 001 061, production date Thursday, October 19, 1967, color saguntoblau.The last Ro 80 was assembled in 1985 by Heinrich Afflerbach in Kreuztal-Eichen from a body shell and individual parts and in 1992 with manufacturer entry "Afflerbach" newly registered.The "ro" in the name stands for "rotary piston" as opposed to "K" as "piston" or "reciprocating" at Volkswagen K70 .Options include alloy wheels; sunshine roof. 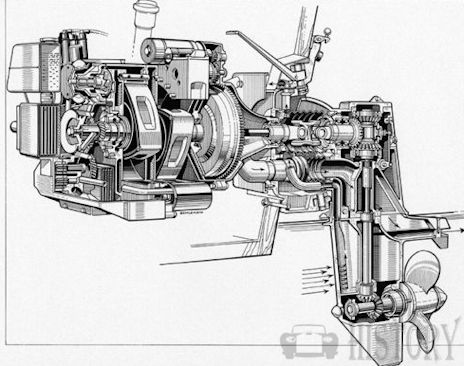 Problems with the Wankel engine

In the first series engines, there was an increase in engine damage due to a design error. If the engines had held over 200,000 km in the test, they often lost in customer's hand quickly to compression . Soon a wrong combination of materials was recognized as the cause. Altered materials and a modified division of the sealing strips could solve the problems for the time being. In conjunction with a Ferro-TiC middle part and a harder Elnisilschicht with higher silicon carbide content was later returned to the original sealing pitch. From the beginning of 1970, the new Ferro-TiC sealing strips were introduced into the series. Also problematic proved the double ignition with two spark plugs per chamber, on the one hand by the setting and on the other hand because of the high burnup of the breaker contacts , which led to their damage by the shift of the ignition in the direction of pre-ignition to engine damage. This has been resolved by using only one spark plug per chamber in conjunction with high voltage capacitor ignition (HCC) at the expense of fuel consumption.  The obliging exchange practice led at times to the fact that over 35% of the allegedly defective engines were fine. After the ignition and the carburetorwere reset and the engine had undergone a test run on the test bench, these engines were again delivered as replacement engines.

A significant proportion of engine damage was due to the torque converter , which was built against the Schieberuckeln (caused by the peripheral inlet) and was partly responsible for the additional consumption of the Ro 80. Since the Wankel engine was able to turn very high due to a lack of speed limitation, the torque converter often expanded radially so far that the pump and the turbine wheel collided. Since the converter was also part of the engine oil circuit, thereby metal chips came into the engine, which immediately led to engine damage. Also, a small needle bearing provedIn the converter as vulnerable, whose frequent failure also led to chips in the engine oil and thus indirectly to a defective engine. This was fixed by a reinforced converter. From autumn 1971, an acoustic speed monitor was introduced in conjunction with the new HKZ from Bosch and the thermal exhaust gas decontamination and the electric fuel pump switched off at too high engine speed, which prevented further engine damage.

First of all, an oil change was necessary every 20,000 km , which later disappeared. So many drivers believed that they no longer had to refill oil, leaving some engines without oil. This type of engine damage was encountered with a modified double-flow oil pump. The inlet for the converter circuit was set higher. Before the engine oil circuit got no more lubricant, the converter circuit sucked air, whereupon the converter oil pressure dropped and the oil pressure indicator lit up. If the driver ignored the warning lamp, the converter no longer transmitted power to the transmission and the car stopped. By now, the careless driver knew he had forgotten to control the oil level.

Another problem that also directly led to engine damage was an oil metering pump without a zero stop. This meant that if the pump was set incorrectly at idle, no oil was supplied to lubricate the combustion chamber (Trochoid) . Then a modified oil metering pump was used, which could not be set to zero.

It was also problematic to introduce several previously untried methods in connection with the Wankel engine. So it was said by the Elnisilverfahren jokingly, it only works in the south wind, which alluded to the weather sensitivity. Also, there were initially problems with the dosage and grain size of the embedded silicon carbide and the dosage of saccharin (which is used in electroplating as a leveler for nickel layers). Some of the workshops were overwhelmed with the technology around the engine. Some customers also developed criminal energy: shortly before the warranty expired, they deliberately provoked an engine failure in order to obtain a replacement engine at no cost.

When the sealing strip problem seemed solved, it came back to heaped engine damage. This time, however, this was not due to a design flaw, but to a supplier who did not comply with the manufacturing regulations.

In the last versions of the motors, the sealing strips consisted entirely of Ferro-TiC. These aggregates proved to be extremely robust. This last version had a long service life and operation with the lead-free fuel imported in other countries was easily possible for the Ro 80's Wankel engine.In 1971, the study Ro 80 2 Porte +2 was presented at the Motor Show Turin . This designed by Pininfarina model should be the successor to the Ro 80, but did not go into series. The technical data were taken over from the Ro 80 as far as possible. A special feature was the rear doors, the opposite, so at the C-pillar , were struck. These popularly called suicide doorsKnown doors have been banned in Germany since 1961, because they are not closed by unintentional opening while driving through the wind, but are suddenly torn open. For this reason, the rear doors of the Ro 80 2 Porte +2 were partially overlapped by the front ones so that they could only be opened with the front doors open. Another special feature was the roof, which could be folded back to a large extent and placed on the boot lid. This construction was a forerunner of today's retractable hardtop . To improve the side impact protection, the doors were specially reinforced. Volvo took this idea in 1991 with its Side Impact Protection Systemup again. In 1971, however, the vehicle was too futuristic, so the development was discontinued.