The Mitsubishi Space Runner is a compact car from Mitsubishi Motors , which was produced in the first generation between autumn 1991 and summer 1999 and in the second generation from summer 1999 to mid-2002. The Japanese name was Mitsubishi RVR . Other regional sales names were Mitsubishi Expo LRV, Eagle Summit Wagon, Plymouth Colt Wagon and Dodge Colt Wagon.

All engines were available in conjunction with a four-speed automatic or a five-speed manual transmission.Mitsubishi revived the name RVR in 2010 for a crossover / SUV model. In Europe, it is marketed as Mitsubishi ASX . 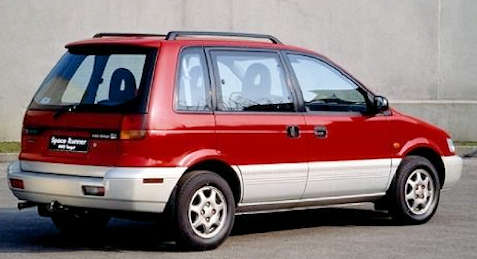